The 2017 version of the Galaxy J1, however, is powered replaces the Exynos chip in it s predecessor with a 1.3GHz quad-core Spreadrum SC7727SE processor, and that’s probably to integrate VoLTE support.

Samsung has also made room for some software enhancements that are a part of its ‘Make for India’ initiative like the S bike mode and S power planning. The company, however, has not yet revealed whether the Galaxy J1 (2017) will run on Android 5.1 (Lollipop), just like the 2016 version, or on Android 6.0 (Marshmallow).

The Galaxy J1 (2017) further has a 5MP rear camera with Autofocus and LED Flash apart from a 2MP front-facing camera, along with an AMOLED display for a high contrast.The phone is available in three colors – Gold, White and Black and is priced in the market at Rs. 6,890.

Samsung Galaxy A70 and A80 are Official: Rotating Camera and Infinity display

Samsung officially took the veil off its brand new Galaxy A70 and A80 phones at a Galaxy Event held in Bangkok that was themed around “The Era of Live”.Of these, the Galaxy A80 features a rotating camera, Infinity display, and an onscreen fingerprint scanner. The Galaxy A70, on the other hand, is an upgraded version …

Samsung Galaxy S23 Series has gone official globally and just like the last few years, the brand has included 3 models in the S23 Series- Galaxy S23, Galaxy S23+, and Galaxy S23 Ultra. While we have already talked about the top-end S23 Ultra in detail in another story, let’s talk about the other 2 smartphones … 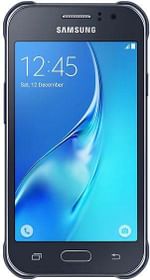