If you were in touch with the tech news lately, you might’ve come across the purported Realme XT successor. Well, today the company revealed the Realme XT 730G along with its key specs at the Realme XT launch event. Madhav Sheth, CEO, Realme himself announced the Realme XT 730G and that it will support 30W VOOC Flash Charge. It is set to launch in the month of December.

The web is already flooded with leaks and rumors surrounding the phone. So, let’s quickly brush over everything we know about it thus far.

From the above spec sheet, you’ll find the phone to be same as its archetype. It shares the same Hyperbola 3D glass design, probably with Gorilla Glass 5 protection on both sides. It might come out in the Pearl White color as presented in this illustration.

Upfront, the display will be AMOLED with an under-display fingerprint scanner. Under the hood, it makes the jump to a Snapdragon 730G chipset, coupled with 4000mAh battery and 30W VOOC flash charge. The chip is as you know, the best from the Qualcomm family for the mid-tier.

The back camera arrangement stays the same with a quartet led by a 64MP sensor. This Samsung 64MP GW1 sensor uses pixel-binning technology to out bright 16MP images under poorly-lit situations and showcases the full 64MP-res potential in favorable lighting. The images should come out with lower noise, better stability, and color accuracy. It enables video recording at 480 frames per second (fps).

We also know that the phone will have a 32MP front camera, thanks to the certification leaks. And since we are months away from the launch, we expect more details to hit our shore by then.

As expected, Realme launched its first Snapdragon 730G-powered phone, the Realme X2 in homeland China on September 24. The handset is very similar to Realme XT that we recently reviewed, save for a couple of differences. In India, Realme is pitching XT as an independent series to the notch-less X (review) and will introduce X2 …

Realme will launch a new 64MP camera phone, the X2, in China on September 24. The Realme X2 is allegedly the same as the Realme XT that was recently launched in India, save for two major difference. The selfie camera on the Realme X2 has higher 32MP resolution, as compared to the 16MP sensor on …

Finally its’ OFFICIAL! Yes, you heard it right, Realme has confirmed that it will launch the Realme 10 Pro Series 5G in India on the 8th of December. The Pro Series will consist 2 smartphones- Realme 10 Pro 5G and Realme 10 Pro Plus 5G. Both phones will be launched via an event at 12:30 …

Tech giant Realme has started teasing the launch of the next in the GT Neo Series. The brand is all set to launch the Realme GT Neo 5 very soon in China as well as in India. The smartphone will run the latest Realme UI 4.0 that comes with various customizations and personalization. It will … 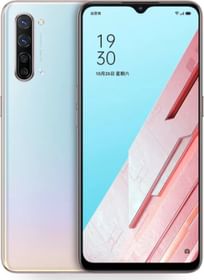 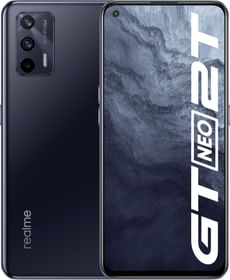