Earlier in the day Honor CEO George Zao confirmed the July 23 launch of their next mid-range phone, Honor 9X. Now AnTuTu has confirmed in Weibo post that the handset will be powered Kirin 810 and scored 237,000 on the benchmarking platform.

The Kirin 810 is the first 7nm mid-range chipset that covers the middle ground between Kirin 710 and the high-end Kirin 985. The same SoC was earlier used on Nova 5, which also had similar AnTuTu score.

As mentioned in the AnTuTu’s official post, the Kirin 810 manages to muster higher score than Qualcomm’s latest mid-range Snapdragon 730 and yesteryear flagship Snapdragon 835.

The Kirin 810 gives would make it easier for Huawei to efficiently manage the middle-tier. Last year, the brand had to rely only on Kirin 659 and Kirin 970 to cover the entire price spectrum ranging from 10K to 60K, and this year Huawei was somehow managing with Kirin 710 and Kirin 980.

The chipset includes two Cortex-A76 performance cores ticking at 2.27GHz and six Cortex-A55 power cores clocked at 1.88GHz, along with modified Mali-G52 MP6 GPU clocked at 820MHz that’s deemed to be 3x powerful than Adreno 618 on Snapdragon 730. The new chip is about a 70% improvement over Kirin 710.

Other than the chipset, we don’t know much about the upcoming Honor 9X just yet. The upcoming phone could include quad rear cameras and bring forth a new design.

Thanks for the tip Prathik Chouhan

Honor 9X is set to launch on July 23 and it is confirmed to be powered by the newest Kirin 810 SoC. The rumors suggest an Honor 9X Pro model as well. Besides the details on a few design and internal elements, we now also have a look at the retail box. The Honor 8X …

Honor 9X and Honor 9X Pro launched in China with an interesting set of specs. They are powered by Kirin 810 processor, something which we already knew. If you’d recall, we had earlier talked about its AnTuTu score as well as the leaked retail box. Now that the phone is official, we know of its …

Google is all set to launch the Pixel 7 Series smartphone today and hours ahead of the launch, some reports have come up online that reveal the AnTuTu benchmarking score of the Pixel 7 Pro model. Pixel 7 Pro AnTuTu Score The Google Pixel 7 Pro is powered by a Tensor G2 chipset and has …

iQOO is all set to add a new smartphone to the iQOO Z6 Series. The iQOO Z6 Lite 5G is launching in India on the 14th of September. Ahead of the launch, the company is revealing something or the other about the specs of the smartphone daily. Now, its processor details have been unveiled. iQOO … 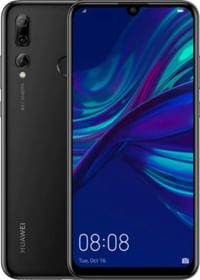