Honor 9X is set to launch on July 23 and it is confirmed to be powered by the newest Kirin 810 SoC. The rumors suggest an Honor 9X Pro model as well. Besides the details on a few design and internal elements, we now also have a look at the retail box.

The Honor 8X successor would wield the power of the latest Kirin 810 chipset. This is the same gearing the recently unveiled Huawei Nova 5. This has a 7nm architecture with two ARM Cortex-A76 high performing cores ticking at 2.27GHz and rest six ARM Cortex-A55 cores are clocked at 1.88GHz. But, does it matter, right?

For one thing, Huawei bets a staggering 162% performance improvement over the previous generation chipset thanks to ARM Mali-G52 MP6 GPU, which is backed by Kirin Gaming+ technology.

The recently out Antutu scores validate this claim with a 237,000 benchmark score.

That’s not all. The rumor town has spewed a few other details. They hint the Honor 9X could come with a 6.5-inch or a 6.7-inch display, 20MP selfie snapper, and 3,750mAh battery with 10W fast charge. Coming to the Pro edition, the battery might bump to 4,000mAh and support 20W fast charging. The optics might include a 25MP sensor at the front and a “typical” 48MP rear camera.

Some of these leaks and rumors are subject to change and we will update you as we come across more specifics. Anyhow, the packaging looks premium, to say the least.

Thanks to Venkatesh Babu for the tip

Earlier in the day Honor CEO George Zao confirmed the July 23 launch of their next mid-range phone, Honor 9X. Now AnTuTu has confirmed in Weibo post that the handset will be powered Kirin 810 and scored 237,000 on the benchmarking platform.The Kirin 810 is the first 7nm mid-range chipset that covers the middle …

Honor 9X and Honor 9X Pro launched in China with an interesting set of specs. They are powered by Kirin 810 processor, something which we already knew. If you’d recall, we had earlier talked about its AnTuTu score as well as the leaked retail box. Now that the phone is official, we know of its … 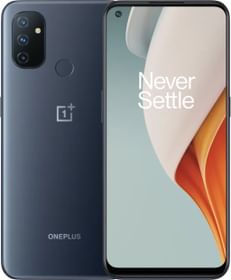