When I first saw Nexus 5X at the India launch, I was more intrigued and taken in by the Nexus 6P. Perhaps it was the pedestrian looks of the Nexus 5x or perhaps the 30K price which was certainly unreasonable, but Nexus 5x didn’t pull the right chords. Now that we have both Nexus 6p and Nexus 5x lying around, somehow I am naturally inclined to pick up the latter. Let’s discuss our experience with the 5X.

In 2015, OEM attention has shifted towards premium design which has now blindly become synonymous with use of metal (or glass). As a result, we often see manufacturers highlighting the presence of that thin metallic strip glued to plastic just to check the premium feel box. It’s almost a crime to sell full plastic body phone for 25k and above, but that’s exactly what Nexus 5X brazenly attempts to do.

Yes, plastic doesn’t impart that same premium feel, but Nexus 5X is still a well-designed solid smartphone. Its slim, compact and light which makes it easy to wield in all situations, but yes, there are no design frills to relish.

Living without a case isn’t an option as the Matte finish back is not removable and very much prone to scratches. The rear side has a camera bump (acceptable tradeoff for a fine camera+ slim phone set up) and any case you buy would need to accommodate camera module, LED flash, Laser AF and Nexus Imprint, which are dispersed in the top half. I assume low cost cases and accessories would look hideous, but I might be wrong.

Also Read: Should You Buy the OnePlus 2 or the Nexus 5X?

The display is simply great

I have to admit that I am extremely choosy about displays. Personally, I have never taken to AMOLED panels. The last AMOLED smartphone I used for a considerable amount of time was Galaxy Nexus. We must add, AMOLED technology has evolved leaps and bounds since then, and you will be hard-pressed to find any faults with the best of AMOLED or IPS LCD panels today, but still, the difference is noticeable.

The Nexus 5X display is simply gorgeous IPS LCD panel, which looks awesome and isn’t harsh on your eyes. Google and LG have done an excellent job with the display and this is definitely one of the best smartphone displays you can score for under 25K. If we must find a flaw, we would say visibility under direct sun isn’t stellar, but everything is still legible.

Don’t worry about the performance

Well optimized hardware and software makes Nexus 5X a treat to use for all basic purposes. Be it browsing, watching Media files, music playback or multi-tasking. You don’t have to really worry about the 2GB RAM as the Nexus 5X doesn’t stutter that easy even with multiple apps open in the background.

Taking storage limitation into account, you might be able to keep one or max 2 high end games on your Nexus 5X. We tried and played Asphalt 8, Nova 3 and Modern combat. Sensors felt a bit slow in Asphalt 8, Nova 3 ran fine and with Modern combat we had to face occasional lag in long gaming sessions. High end gaming is smooth most of the time and the handset doesn’t heat at all.

But It’s very hard to look past 16GB storage bottleneck

Yes, there is a 32GB variant too, but that one feels a bit overpriced in India. The Nexus 5X 16 GB hits that right spot where it is worth considering and recommending, but only if you can manage with limited 16GB storage. Out of 16 GB only around 10GB is available at user end, which is rather easy to exhaust.

If you are not much into high end gaming, 16GB is certainly could be manageable.

How is the Marshmallow experience?

A lot has been said and written about Android Marshmallow so we won’t list all the new features added in great details. Let’s talk about what makes a difference.

App permissions – When you open apps for the first time, they ask for various permissions which you can grant or deny. This makes the whole process more transparent and relevant (list of permissions earlier seemed more of a formality).

Now on Tap – We were very excited about Now on Tap, and it is cool too, but it still seems like work in progress. For those new to the subject, Now on tap is a contextually aware tool in Android Marshmallow which grasps whatever is on your display and shows more info in case you are interested.

If you are in a conversation and a new topic pop’s up which you want to know more about just long press the home key. The idea is potentially awesome, but has proved to be a hit and miss thing so far. We don’t find ourselves using Now on Tap very often (I rarely use chat messenger apps).

Ambient display – Another important software feature on Nexus 5x is Ambient display (and it works better on Nexus 5X than on Nexus 6P) you can read lock screen notifications (in black and white) simply by tilting the display.

Doze – Doze mode gradually slows app refresh rate when you are not using your phone. The feature works as advertised, but gets triggered only when I sleep. Like most people, I don’t get to leave my phone unattended for long through my day.

No recent apps – There is no button to clear recent apps at once. Last year Oasisfeng, developer of popular Greenify app stirred a debate when he mentioned swiping away apps doesn’t help with anything. Perhaps that’s what Google agrees on.

Google mentioned that 80 percent of images clicked are in low light conditions. That pretty much sums up Nexus 5X area of concern. Pixels size is large (which Google claims compensates for lack of OIS) and HDR+ mode is easily accessible in the app and faster compared to Nexus 5.

For best results you will need to rely on HDR+ which is ok most of the time, but since it involves clicking at different exposures and merging those shots, motion blur creeps in rather easily if you shoot moving objects, even in broad daylight. OIS would have made this better, but its absence is acceptable at under 25K price.

You can get snappy shots with HDR+ off, but they seem a bit overexposed especially in natural sunlight. In low light conditions, Nexus 5X camera performance is indeed impressive. All said and done, we are very happy with Nexus 5x camera performance. The camera app is really simple to use without being overwhelming.

You can record good quality 4K videos at 30fps and can also record slow-motion videos at 720fps. You can simply tap an icon in the video section of camera app to  conveniently switch to shooting Slo-mo videos on Nexus 5X, and yup, this is something we have been enjoying a lot on our Nexus 5X.

Nexus Imprint or fingerprint sensor is rear mounted in Nexus devices. The fingerprint sensor is snappy and accurate as advertised. Our index finger naturally rest on it and, even though I was apprehensive in the first few days, not once did I smudge camera lens in my endeavor to reach the fingerprint sensor. BUT, even after 2 weeks of usage, I am mostly reaching out for the pattern unlock. The rear-mounted design will take some getting used to.

There is only one speaker at the front, but it just about does the job. The loudness and quality isn’t nowhere close to what you get on Nexus 6P, but everything was audible even in relatively noisy environment. Cellular voice Call quality has also been very good so far in our area.

With our usage (ranges from moderate to heavy, 50 percent brightness, adaptive brightness on) we are able to hit one day mark comfortably. In our HD Video loop test the handset lasted for 8 hours 38 minutes on a single charge. Antutu battery test score is 5404 which is average at best.

The USB Type C port facilitates fast charging and you can full charge the 2700mAh battery in around one and half hour. Battery backup isn’t impressive but it isn’t a let-down either. If you have access to charging points through your day, its easily manageable. If not, keep a power bank handy.

The Nexus 5X is not a perfect smartphone but it offers compelling features which makes us inclined to forgive its flaws. The 16GB variant makes a case for itself at 24k, but 10.57 is very little to play with. With 32GB variant we are more inclined towards Moto X Style (wish it had a fingerprint sensor) and others might prefer head-turners like HTC One A9. Nexus 5X however offers a great display, great camera hardware, is light and compact and offers very smooth day to day performance. If you can manage with 16GB storage, you can go ahead and buy it.

Realme GT 2 Pro is the upcoming flagship offering by the company that claims to be superior to Realme GT in terms of specs and hardware. Realme today confirmed the moniker for the upcoming smartphone for the first time. “This addition to Realme’s GT Series marks the starting point for the brand’s journey into the …

iQOO 11 review summary: Editor’s rating: 3.9/5 Design Display Performance Battery Camera Pros Cons With several of its phones getting critical and commercial acclaim in the Indian market, iQOO had a very successful 2022. With the launch of the iQOO 11 series, the company now hopes to maintain that same momentum in 2023. The brand … 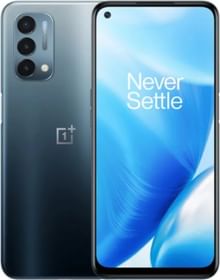