Hybrid dual SIM slots are a clever way for OEMs to drop the separate MicroSD card slot without facing consumer ire. With the advent of Reliance Jio, more and more people are bearing the inconvenience of choosing between the dual SIM and SD card privilege, especially on phones with 16GB and 32GB native storage. Luckily, there are still quite a few decent phones with dedicated microSD card slots around. Let’s take a look.

The Redmi Y2 is the second selfie-centric phone from Xiaomi. The USP of the device is its selfie camera, which boasts of an AI-backed 16MP sensor with soft LED flash. It is also one of the rare few Xiaomi devices that offers dedicated microSD card slot to augment 32GB/64GB internal storage up to 256GB.

Asus, in partnership with Flipkart, has launched a new affordable low-cost handset, the Zenfone Max Pro M1 (Review). The handset includes an 18:9 Full HD+ display, has a massive 5000mAh battery, employs the powerful Snapdragon 636 chipset and is the first Asus phone that runs near stock Android 8.1 software.

The phone has a separate microSD card slot that can accept up to 256GB of secondary storage. The Zenfone Max pro is aggressively priced, starting at just 10,999.  Asus will also launch a 6GB RAM variant of the same in India very soon.

Vivo V9 (Review), the latest iteration in Vivo’s V-series, comes with dedicated micro-SD card slot that can be used to add up to 256GB of secondary storage. Other than that, the V9 is Vivo’s new selfie-centric phone with a 24MP front camera, and the successor of its last year V7.

Vivo’s both full vision display smartphones, V7 and V7+ is a dual-sim handset with a dedicated slot for microSD card to expand storage up to 256GB.

V7 and V7+ are the first Vivo handset to sport the 18:9 displays with the 24MP front camera. While the V7+ is company’s flagship smartphone, the V7 is a mid-range device with almost similar specs as its elder sibling. It’s powered by 1.8GHz Qualcomm Snapdragon octa-core Snapdragon 450 processor paired with 4GB RAM and 32GB of internal storage.

Lenovo’s newest entrant, the K8 Note handset, is another of those handsets which feature a dedicated microSD slot which can be used to top up the storage further. The mid-range smartphone is also the first from the company to offer a near stock Android (Nougat 7.1.1, in this case) experience to its users.

Apart from this, the real striking feature is its 18:9 full vision display. It is a 5.5 inch IPS LCD display with full HD+ resolution, 442ppi, and a 78% screen-to-body ratio. If you are someone who likes to consume media content on your mobile phone, the LG Q6 is worth considering under Rs. 20,000 budget.

Moto G5 Plus and Moto G5

Also Read: Reasons To Buy And To Not Buy The Moto G5 Plus

Most of the recent J-series and on-series phones have microSD card slot. The recently launched Galaxy On7 Prime that’s also the launch vehicle for Samsung Mall has a dedicated SD card slot too.

The Galaxy J7 Pro (review) and J7 Max (review) which were among the first affordable phones to include Samsung Pay (J7 Pro) and Samsung Pay Mini (J7 Max) app also include a separate SD card slot.

Xiaomi is now adding a dedicated card slot to all its new affordable phones. Apart from Redmi Y1, the recently launched Redmi 5A also includes a separate SD card slot.

Hybrid sim slot is certainly past its glory days. Today, many consumers do need at leat 2 SIM cards (thanks to Reliance Jio) and that renders hybrid slots meaningless. Make sure you make an informed choice. Above-mentioned smartphones are the best dual phones with dedicated memory card slot.

Best Phones With Both Dual Cameras And 18:9 Display To Buy In India

The Xiaomi Redmi S2 was launched in India as Redmi Y2 for a starting price of Rs 9,999 in three colour options- Gold, Rose Gold and Dark Grey. Now, the company has launched the device in two more colour options – Mesmerising Blue and Stunning Black. Redmi Y2 is primarily a selfie-centric phone having markable …

Realme has launched another entry-level smartphone Realme C11 on June 30. The new phone has a unique square-shaped camera, is powered by Helio G35 chipset, and has a beefy 5000mAh battery. The phone has been introduced in Malaysia as of now. Realme unveiled its C11 moments after the launch of Redmi 9A and Redmi 9C. …

Indian smartphone maker Intex took the lid off its fast-charging supporting handset, the Aqua S3, which is also an entry-level outing by the company. Also Read: Best Dual SIM phones with dedicated MicroSD card slot In India The latest offering by Intex sports a 5-inch IPS LCD display, and runs on the latest Android 7.0 Nougat …

Just pick an abandoned place with quality functions. The pictures your fears make are hardly ever what evolved. The Sony PSP has a wide screen which haas 4.5 inches width. Often, yoou will discover them beng utilized in exhibitions.

I am looking for phone not bigger than 135-140 mm with dual sim + separated SDCard slot, 64GB Flash and with big battery more than 3000mAh. What is needed also is timer for power off and power on and call recordings with stock firmware. Is there any? Priority is a size. I had All View P8 energy it was all having phone with 6000 battery, but it had to big screen, not good for pocket carying.

Hi Jan, check the Redmi series from Xiaomi out. I was using the 7, it’s with 158mm bigger as you like but with 4000mAh and 2+1 Cardslot one of my prefered phones ever. Maybe the 6 or the 6A ar small enough and fits better for you. Good luck

Deepak, I have been looking at 2 sim with dedicated memory slot that is Airtel VoLte compatible and Qualcomm 625+ octacore processor as 400+ are going to be out of vogue and with C type usb port for fast charging. I had narrowed down on Moto power one and moto G6 + only to be told that they are VoLte Jio compatible only. Asus meets most of my requirement but has 2.0 usb port. could you help?

Which can be the best phone around 15k having 3 slots, and can be used atleast for 3 years. Ps. : I use phone too much… 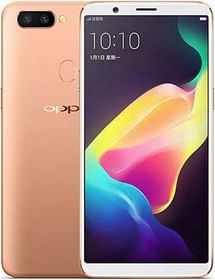 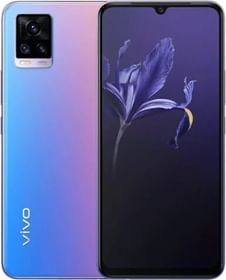