The year 2017 has been quite eventful. In the smartphone world, we mostly witnessed a shift towards full view screens and dual cameras, apart from several other significant evolutionary upgrades for the better.

The performance and battery backup of affordable phones has never been better, thanks to powerful and power-efficient chipsets like Snapdragon 625. We still don’t have a perfect Android (or iOS) flagship, but at least we have, what certainly feels like, a perfect camera phone.

Let’s quickly recap the major smartphone trends of 2017 before we discuss what we think lies ahead of the curve.

Summing up the 8 major smartphone trends of 2017

Smartphone trends to look forward to in 2018

So, that brings us to the next question. What’s in store for the next year? Well, there are quite a few interesting upgrades on their way.

The success of Snapdragon 625 and Snapdragon 430 helped Qualcomm infiltrate MediaTek’s stronghold last year. To further strengthen its grip, the dominant chipset maker will be pushing a lot more muscle in its mid-tier (series-600) mobile platform.

The Snapdragon 660 will be the first mid-range chipset to include Kyro cores and the Snapdragon 630 will add iterative refinements to Snapdragon 625. Both these chipsets will be formed on the power-efficient 14nm FinFET process and we will be hearing a lot about them next year.

Of course, the Snapdragon 845 will dominate tier-1 flagships.

Manufacturers have been filing patents for foldable display phones for many years now. In fact, Samsung first showcased its folding smartphone prototype 6 years back in 2011. More recently, Microsoft put some weight behind the tech and also filed a patent for what looks like the future ‘Surface Phone’.

This is naturally being viewed as the next revolution in displays and a means for adding an even bigger size screen without bloating the size.

We don’t expect foldable-displays to go mainstream the same way as 18:9 full-view screens anytime soon but we are optimistic that the world will have witnessed a fordable display gadget by the end of next year.

Dual cameras have indeed become smartphone staple this year but at the end of the year, we are inclined to believe that they don’t add as much value as one might expect. The best cameras still use just one sensor for primary photography and the phone with the best portrait mode has just one camera.

Most premium phones use the extra sensor for 2X zoom and in low light, the zoom is still digital and reliant on the main sensor.

Next year, we expect more OEMs relying on software for Portrait mode and flagships will strive towards perfecting their Zoom capabilities. Oppo is already working on a periscope-like lens assembly for 5X optical zoom without any camera hump and other OEMs are expected to innovate on similar lines.

Google and Apple but their approval stamps on AR with ARKit and ARCore SDKs and the same should yield something more meaningful than AR Stickers by the next year.

Apart from AR, Artificial Intelligence will play a bigger role in enhancing smartphone experience next year. We already have phones marketing AI-based software (and assistants) across different budgets.

Phones like Pixel 2 exemplify the power of software in overcoming hardware constraints. The phone integrates AI based refinements to improve numerous aspects including camera performance.

Google isn’t alone, though. Huawei’s Kirin 970 chipset uses the separate neural processing engine for AI-based resource allocation to avoid inadvertent lag that creeps up in Android phones over a period of usage. Even Oppo is marketing an AI-based beautify mode in its new set of selfie experts.

Next year, the scope and reliance on AI and machine learning in smartphones is expected to broaden.

Smartphone trends in 2018: What to expect

Apart from the changes mentioned above, we might finally get the promised high-density batteries or get to experience one of the many battery revolutions under works. A lot is happening right now and it’s still not crystal clear what 2018 might or might not have in store, but things look really good for now.

7 Reasons Why You Should Not Buy Honor 7X

Smartphone Camera Trends 2019: Here’s How We Expect Camera Tech To Evolve This Year

The cameras continue to be the defining traits of phones in 2019, and manufacturers are indeed struggling a lot to get this one part right. Well, a lot has changed in the past few years, and just as everything smartphone, camera trends too keep changing. This progression has been a gradual process but the first …

Not too long ago, smartphones came with relatively unflattering 2MP rear cameras that used to capture grainy images. Mostly used to capture moments when a digital camera wasn’t around, phone cameras were crude and extremely basic. All that changed over the last decade, and when HTC first launched a dual-camera phone, it was met with …

We have already reported about how Poco is all set to launch the Poco X5 Series in India very soon. The teaser for the same was spotted on the e-commerce portal Flipkart which made the launch imminent. Now, the very first look of the Poco X5 Pro 5G has been revealed in some live images. … 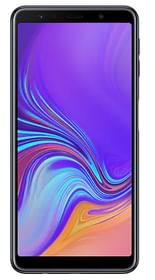