A week after the Galaxy A8 +, Samsung has now launched Galaxy On7 Prime in India. This is Samsung’s online exclusive mobile that boasts of a metal unibody design, Samsung Pay Mini, and new Samsung Mall feature.

This affordable smartphone comes with 8mm slim waistline with a full metal body. The phone will be shipped with a 5.5-inch full HD display on the top and 1.6GHz Exynos 7870 octa-core chipset running under the hood. The phone comes in two variants: one with 3GB RAM and 32GB onboard storage, while the second will feature 4GB RAM and 64GB onboard storage. Both variants come with a memory expansion slot where it can hold microSD card up to 256GB.

For Shutterbugs, the Galaxy On7 Prime rocks a 13-megapixel camera with f/1.9 aperture lens on both front and the rear. Samsung has paired the back camera with an LED flash for better low-light photography. The budget device comes with Samsung Pay Mini support to make payments via UPI and other supported mobile wallets.

In the Galaxy On7 Prime, the company has introduced a new feature Samsung Mall. This lets you search for items across various online shopping sites from one app and let you add them to a unified cart and buy them in one click. The Samsung Mall also supports visual search so you can even click an image of a product and search it. Samsung says, its Visual Search works across e-commerce sites.

The Galaxy On7 Prime is online exclusive and once again Samsung has partnered with Amazon as its retail partner. The 3GB +32GB variant of the Galaxy On Prime priced at Rs 12,990 while top variant will retail for Rs 14,990. The phone goes on sale starting January 20.

Amazon and Flipkart Sale: Samsung Offer Flat Discounts Up To Rs 30,000 On Smartphones

Samsung India has divulged interesting offers on Samsung Mobiles for this festive season in association with Amazon and Flipkart. The Galaxy Note8 will be available for 43,990 INR (Flat Rs. 30,700 off on MRP) as part of Amazon’s Great India Festival sale and the Galaxy S8 (64GB) will be available at a never before price …

While the Tablet market continues to slow down, Samsung India continues to sees growth in the segment. Samsung is further adding to its tablet portfolio by introducing two new members viz. Galaxy Tab S5e and Galaxy Tab A 10.1. While both the tablets are aesthetically pleasing and powerful, Tab S5e sports a better spec sheet. …

Samsung has always been a pioneer when it comes to introducing new technology and mind-blowing features. The brand has done the same with the launch of the latest Samsung Galaxy Book 3 series laptops and specifically the Samsung Galaxy Book 3 Ultra, the premium offering from the series. While the device can be considered one …

Samsung is all set to launch the Galaxy S23 Series during the Unpacked Event on February 1. Ahead of the launch, various reports keep revealing details about the specs, and features of the 3 devices- Galaxy S23, Galaxy S23+, and Galaxy S23 Ultra. Now, the latest is that the prices of the Galaxy S23 devices … 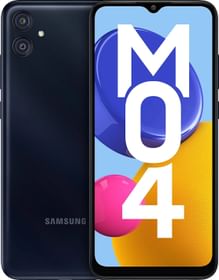