Almost 10 months after launching its first 200MP camera sensor, Samsung is back with its successor. The company has announced its 2nd 200MP camera sensor namely the ISOCELL HP3 with the smallest pixel resolution in the entire industry.

The ISOCELL HP3 comes with a 12% smaller pixel size (0.56μm) than its predecessor (0.64μm) and packs 200 million pixels in a 1/1.4-inch optical format. It has a Super QPD auto-focusing solution which means all the pixels of the sensor are equipped with auto-focusing capabilities. Super QPD also uses a single lens over 4 adjacent pixels to detect the phase differences in horizontal and vertical directions. It can take 14-bit images for up to 4 trillion color support.

The ISOCELL HP3 sensor allows users to take videos in 8K at 30fps or 4K at 120fps. Combined with the Super QPD solution, one can take movie-like cinematic footage with their mobile devices. The lens also aims to give better low-light performance as well. Due to pixel binning, a 200MP sensor can capture 50MP images (2×2 binning) with 1.12μm pixels or 12.5MP images with 2.24μm pixel size.

The newest sensor by Samsung comes with Smart ISO Pro which captures images by combining 3 conversion gains (high-ISO, mid-ISO, and low-ISO) for better dynamic range. The company claims that the mass production of its newest sensor will begin later this year. The first phone to feature this sensor could be the Samsung Galaxy S23 Ultra next year.

“Samsung has continuously led the image sensor market trend through its technology leadership in high-resolution sensors with the smallest pixels. With our latest and upgraded 0.56μm 200MP ISOCELL HP3, Samsung will push on to deliver epic resolutions beyond professional levels for smartphone camera users,” said JoonSeo Yim, Executive VP of Sensor Business Team at Samsung Electronics.

We could soon get a Xiaomi phone with a 200MP camera sensor. The revelation comes from a popular online leakster Digital Chat Station who says that Xiaomi is gearing up for a smartphone equipped with a massive 200MP rear camera system. Presently, smartphones feature a maximum sensor capacity of 108MP and we have 108MP phones …

Samsung has just announced ISOCELL JN1 – a new 50MP camera sensor targeted at smartphones. What’s really interesting to note here is the size of each pixel in this new sensor is just 0.64 μm. This allows the South Korean giant to reduce the entire sensor size to 1/2.76-inches. According to Samsung, it is currently …

Samsung recently launched the Galaxy S23 series, and the fans are already mesmerized by all that the brand has to offer. The high-end smartphone from the series, Samsung Galaxy S23 Ultra, has gained a lot of attention with the inclusion of Samsung’s 200MP ISOCELL HP2 image sensor. Undoubtedly, the 200MP primary shooter of the device …

The wait is finally over as Samsung has unveiled its much-awaited 200MP ISOCELL HP1 Camera Sensor today. It is the company’s first 200MP smartphone camera sensor that features a dynamic pixel binning technology. This sensor can adjust the output resolution depending on the ambient light for optimum results. Here are the details: Samsung 200MP ISOCELL … 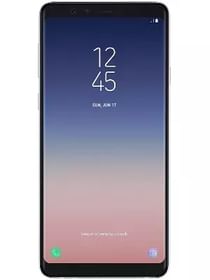