The 3rd generation of Oppo Reno series has been making rounds spewing details in a row. We now know the processors powering both Reno3 and Reno3 Pro. You may already know that the Pro variant will ship with Snapdragon 765 SoC. Now, Oppo VP Shen Yiren also confirms the support for Enhanced VOOC 4.0 fast charging on it. This charging tech is apparently adept in topping up half the charge in a mere 20 minutes and fills the whole 3935mAh battery in 56 minutes. No word on the Reno3 battery capacity and charging, however.

But the main update is that the Oppo Reno3 will be running on MediaTek’s Dimensity 1000L 5G chip. This is confirmed by the official website of Oppo.

To be clear, this is expected to be a light edition of the original Dimensity 1000 code-named MT6885.

Thanks partly to their website and to the gush of rumors and leaks, we know a great deal about the phones. So, let’s not spoil any more time and unfurl the details.

On the front, you will have a punch-hole camera sitting on a 90Hz display. The display has a slight curve to the back. The back houses a quad-camera panel, aligned vertically to the top left corner.

Coming to the cameras, we expect 64-megapixels to be ousted of the primary shooter in both Renos. However, the newcomer IMX686 from Sony stable is less likely to feature inside the standard Reno3.

Software is an easy guess (rimshot) – Color OS 7 skinned over Android 10. 5G support on them isn’t either news by now. Precisely, they will comply with both SA and NSA networks, which is commonly called as Dual Mode 5G.

At the bedrock, Reno3 holds MediaTek’s 5G chipset – The Dimensity 1000L. The Pro, on the other hand, sticks to Snapdragon 765 SoC, along with a few additional chops of its own, like RAM up to 12gigs and an advanced VOOC 4.0 fast charging as well.

So, the unveiling date is December 26 and the venue is set in China. You will also witness the launch of Oppo Enco Free true wireless earbuds on the stage.

We anticipate more details to come our way in the following leading to the launch date.

After the launch of the 5G variant of Oppo Reno3 in China, the company has now globally launched its 4G variant on March 16. The smartphone was scheduled to launch at the Barcelona MWC 2020 but got canceled due to Coronavirus scare. The global version of Oppo Reno 3 is laced with 4G connectivity and …

Oppo has brought its 3rd gen Reno series phone to India. True to tradition, the phone focusses primarily on design and cameras. It is equipped with 44MP Dual Selfie Snapper, 64MP rear quartet, up to 20x zoom, and a slew of features from the software side. Amongst other things, you also get Android 10 based …

Tecno has launched the new Phantom X2 5G in India. The smartphone is the successor to last year’s Phantom X. The phone was introduced in Dubai in December 2022 and is powered by MediaTek Dimensity 9000 chipset. It has a curved display and premium features. Tecno Phantom X2 5G: Price & Availability The Tecno Phantom … 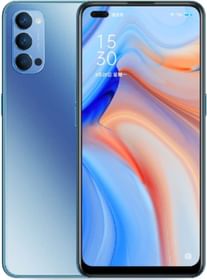 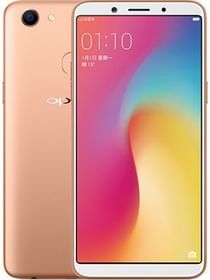