LG G8 ThinQ and the rumored V50 ThinQ are two phones that the South-Korean electronics giant is expected to bring to MWC (Mobile World Congress) stage. The G8 ThinQ is rumored to include touchless gestures, Sound on Display tech for converting the screen into a speaker, and triple rear cameras.

Reputed leakster @evleaks, aka Evan Blass, posted a very real-like render of the LG G8 ThinQ. The phone looks like an amalgamation of design elements from LG V40ThinQ and LG G7ThinQ.

As it resembles its predecessors, it feels as if it would fail to meet the screen real estate offered by many other phones these days. Unlike the current trends, the renders showcase thicker bezels and a relatively wider notch atop. We could see just a single selfie shooter upfront. You also get the Google Assistant trigger on the left, a headphone jack, rear-mounted fingerprint scanner, and a USB-C port as well. 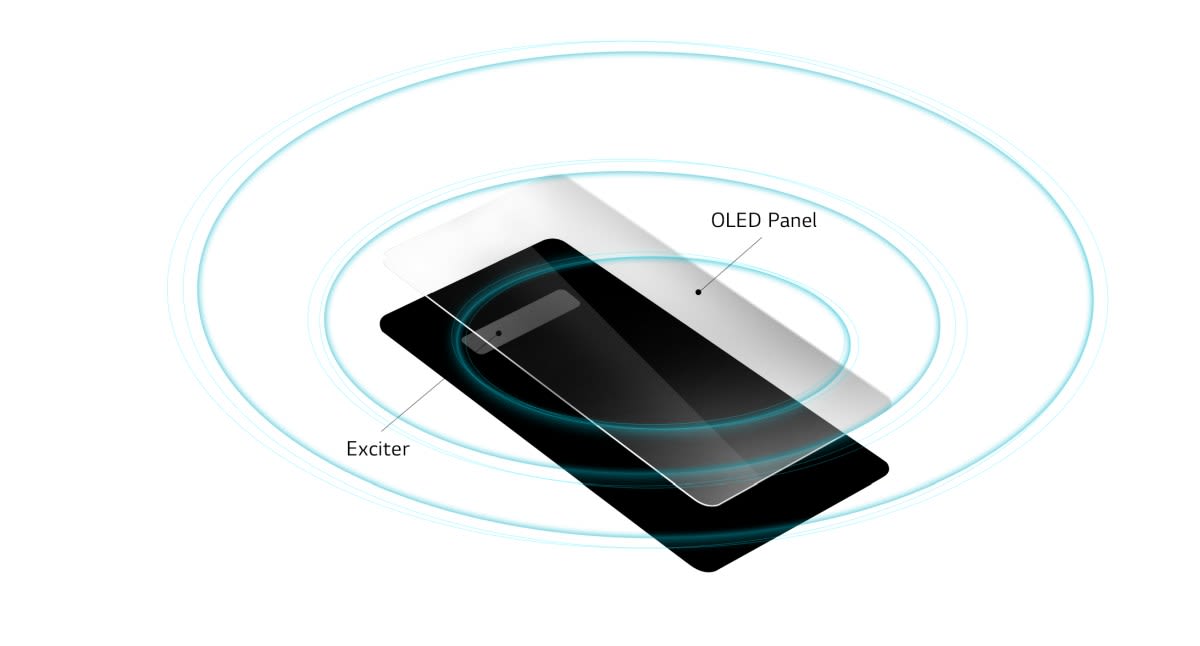 The audio output out of the headphone jack is likely to be impressive, thanks to the native quad DAC. From the leaks so far, it seems LG is focussed on the Audio department. Just like the previous generation, this one too would boast a bottom firing Boombox Speaker. LG innovates with the “Crystal Sound OLED” display that vibrates to generate sound. So, this display plus bottom speaker grill would offer a 2-channel stereo sound.

Apart from its transition to OLED from LCD technology, we have no other details on the display. But, the new phone is rumored to sport an attachable second screen. This means more reasons for the LG flagship to stand apart from the competition.

We had recently reported on the introduction of TOF sensors in LG G8ThinQ’s front shooter. The G8ThinQ’s Infineon REAL3 chip could deliver “a new level of front camera capability in a smartphone,” including AR application and faster Face Unlock. The ToF sensor could facilitate a better depth effect in your portrait photos. Moreover, it improves the scope for 3D object recognition by the camera. Even the gimmicky Animoji feature work’s on this principle. So, who knows, we could a similar feature baked in G8ThinQ.

ALSO READ: Sony Xperia XZ4 with 52MP Camera Could Be Unveiled at MWC 2019

When it comes to processing might, it could be powered by Qualcomm Snapdragon 855 SoC coupled with a 3500mAh battery. However, you shouldn’t expect 5G compatibility as the South-Korean brand might unveil another 5G smartphone. The tech-circle anticipates this as LG V50ThinQ.

LG has already sent out a “save the date” invitation for an unveiling event on February 24th, 2019. A Youtube press invite shows this and a “Goodbye Touch” message.

A few days back, the pricing of its 128GB variant surfaced on Reddit.  As per it, the phone could cost around CAD1,199 which is about $900. Since the US pricing are relatively cheaper than their Canada counterparts, we could expect it to be priced at $899.

Unlike its TV segment, LG has been grasping at straws to turn its Smartphone business profitable. It sticks with the Smartphone trade despite a loss of $2.5bn over the past three years. This is “primarily due to lower sales of mobile products,” the company concurs. Could the upcoming LG G8 ThinQ do wonders for the company? Only time could tell.

Maruti Suzuki to launch a new mid-sized SUV this month

ONDC Explained: What is ONDC, How does it work & who...