BlackBerry DTEK50 and DTEK60, the new set of slim BlackBerry Android phones made in association with manufacturing partner Alcatel have officially arrived in India.

Both, the mid-range DTEK50 and the flagship grade DTEK60, are banking on the secure DTEK software and popular BlackBerry services laid on top of Android Marshmallow base.

Everything you store on the phone will be FIPS 140-2 encryption protected. The bootloader is locked and the pre-installed DTEK app monitors security violations.

Talking of hardware specifications, Blackberry DTEK60 features a 5.5-inch Quad HD display and is powered by Snapdragon 820 quad-core chipset paired with 4GB RAM and expandable 32GB storage. There is a 21MP primary rear camera and an 8MP selfie shooter on the front.

The DTEK60 was recently launched globally for $499 (unlocked) or Approx 33K Rupees which is far lesser than 46,990 INR that you will have to pay for it in India.

The DTEK50 will be selling for 21,990 INR in India starting from November 13, which is closer to its global price.

OnePlus 6T McLaren Editon To Arrive In India On December 12

OnePlus has a legacy of launching special editions of their flagship killers and this cycle we will get the OnePlus 6T Mclaren Edition. In fact, the company has officially announced its collaboration with renowned supercar maker and F1 team McLaren and will be launching the product on December 12th in India, a day after the global …

Apple iPhone 14 Series made its debut last September and has been selling out as a piece of hot cake. The iPhone 14 Pro models have been the most in-demand although the iPhone 14 doesn’t shy away from selling out too. Flipkart is now offering iPhone 14 128GB at INR 46,990/- after a massive discount … 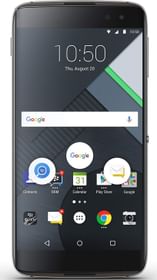