Notch display phones initially met with some resistance but have gradually gained acceptance. Manufacturers are, however, trying to avoid notch all together for the next generation of bezel-less phones, but that entails a few compromises. (हिंदी में पढ़िए)

Meanwhile, ‘waterdrop’ notch, which is similar to what we saw on the first Notch display phone – the Essential Phone – has emerged as a solution that allows manufacturers to go almost bezel-less without compromising on the status bar space.

The notch is super minimalistic and only houses the selfie camera. All other notch components (sensors, earpiece, etc.) are housed elsewhere on the narrow top bezel lining.

Is the “waterdrop” notch better than the iPhone X-like notch? Let’s find out:

– While the debate is still on, the water droplet style notch seems more aesthetically appealing. More so if the phone doesn’t have anything substantial to justify the regular full-size notch.  In Apple’s case, it has its reason’s for continuing with a wider notch. At least it packs a bunch of sensors and camera for its secure Face ID feature.

– Another advantage of a waterdrop notch display is that it leaves ample room for status bar icons regular, which we have accustomed to over the years.

Vivo recently launched its V11 Pro (review) in India which retails in Malaysia as Vivo V11i. It’s lower storage and memory variant is referred as Vivo V11 which set to enter Indian market next month. It is one of the first water droplet style notch screen phones in India.

Oppo F9 Pro and Oppo F9 were actually the ones that started the waterdrop notch tend (and even coined the phrase). Both these phones are known to rock a Mediatek Helio P60 chipset coupled with 6GB and 4GB RAM respectively.

Apart from this, they are the first F-series smartphones to come with VOOC fast charging. Both of them come running on Color OS 5.0.

The Realme 2 Pro (Review) offers water-drop notch for a remarkably affordable price. The handset is available in three RAM variants (4GB, 6GB, 8GB), each with a dedicated microSD card slot.

The latest OnePlus 6T was the first from the company to feature a waterdrop notch. This phone continued the legacy of OnePlus 6 mostly but resorted to the removing of the headphone jack to include an in-display fingerprint sensor.

The phone features a 6.41-inch display with an aspect ratio of 19.5:9. The phone is powered by Snapdragon 845 chipset.

Oppo R17 Pro and the Oppo R17 – both flaunt waterdrop notch screen. The pro variant gets triple rear cameras and Snapdragon 710, while the R17 is powered by Snapdragon 670 octa-core mobile platform.

Realme has launched their budget smartphone Realme U1 with a waterdrop notch. This was, in fact, the cheapest phone to flaunt a waterdrop display at the time of its launch.

Realme U1 is powered by MediaTek Helio P70 chipset and comes with a starting price tag of Rs.11,999

The leaks also reveal Snapdragon 630 octa-core mobile platform, 8MP selfie camera, and a 3200mAh battery. At the time of writing, there is no official word as to when the phone will be official.

Vivo has been the front-runner in launching the phones with waterdrop notch and that continued with the Vivo Y95. This phone holds an uncanny resemblance with Oppo A7 which was also released at the same time.

Huawei Mate 20 is a low-cost option to Mate 20 Pro. It doesn’t include frills like reverse wireless charging, 3D Face scanning, in-display fingerprint sensor, 2K resolution screen or 40MP camera, but it tries hard to pass on a similar experience at a lower price.

Samsung fans would love the design change as the tech kingpin introduces the waterdrop notch. However, the South-Korean smartphone brand gave it a fancy name, i.e., Infinity-V. Galaxy M10 (Review) is powered by Exynos 7870 1.6GHz Octa-core chipset, coupled with a 3400mAh battery. On the other hand, its big brother Galaxy M20 (Review) runs on a 1.8Ghz Octa-core Exynos 7904 chipset and is fueled by a whopping 5000mAh battery.

The waterdrop design seems a better implementation of the notch trend. They facilitate more space for status bar icons and are less obtrusive in comparison to the large notch islands. With so many upcoming launches in the pipeline, we expected to see more and more water drop notch phones coming our way.

Huawei had a dream run this year. The company shipped over 200 million shipments in 2018 and even displaced Apple to secure the second position in the global scenario in terms of market share. Now Huawei has started unfolding its game for next year with the announcement of a new Y-series phone. Interestingly, this phone will …

LG Display shows off 12″ display that can stretch by 14″

Can you stretch your phone’s display? Perhaps you can if you buy a phone with a bigger screen than before but there’s no way you can stretch it. Well, that’s where LG Display is making a monumental shift with its latest 12-inch display that can be stretched to a size of 14-inch and can rebound … 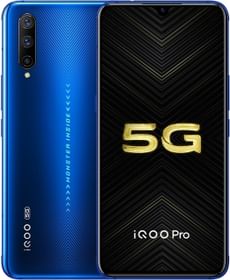