Apple iPhone 8 price in India starts from ₹38,999. It is available at lowest price on Flipkart in India as on Nov 01, 2020. Take a look at Apple iPhone 8 detailed specifications and features.

iPhone 8 is a high-end Apple smartphone loaded with stereo speakers and its native A11 Bionic chip. The phone brings a compact 4.7-inch color IPS LCD HD+ resolution retina display. For the camera performance, the phone sports a single 12MP camera with a Quad-LED dual-tone flash and a 7MP front-facing camera. Under the hood, the phone is backed by a 1821mAh battery with a 15W charger out of the box and supports Qi wireless charging. Let’s read more about iPhone 8 in detail and see how it performs against the other competitors.

iPhone 8 has a compact body with a glossy back panel and has aluminum frames by its sides. The phone has ergonomic features, it stands at 138mm of height and has a slim 7.3mm of thickness. Also, the phone has a light-body and tips the bar at 148grams only. Apple iPhone 8 is IP67 dust/water resistant (up to 1m for 30 mins). For security unlocks, the phone has a touch-id fingerprint sensor built into the home button. The phone is available in three different color options Gold, Silver, and Space Grey.

Apple iPhone 8 brings a compact 4.7-inch color IPS LCD retina display. The panel comes with an HD+ resolution(750x1334px) with a pixel density of 326PPI. Buyers can benefit from the retina display to get sharp visuals. The display has a protective layer of Gorilla Glass and has an oleophobic coating that provides a certain amount of finger smudge resistance to the smartphone's display. The aspect ratio of the phone is 16:9.

Apple iPhone 8 comes with a single 12MP rear camera with aperture f/1.8 and 28mm of the wide sensor. The camera is supported by Phase Detection Autofocus(PDAF) that focuses on the subject quickly and accurately. Also, it supports Optical Image Stabilization(OIS) that helps in reducing the shakiness on the video. For selfies and video calls, the phone house a 7MP front camera. As far as the video recording is concerned, you may capture 4K videos @24/30/60fps.

iPhone 8 runs on the iOS11 operating system out of the box and is upgradable up to iOS13.6.1. The phone is driven by a 10nm process Apple A11 Bionic chipset which is 70 percent faster than A 10 chip used on iPhone 7. For the multitasks and background features, it has 2GB of RAM while Apple GPU (three-core graphics) handles the graphic demands for the demanding apps and games. User-friendly sensors included on the phone are Accelerometer, Gyroscope, Compass, Proximity, Barometer.

iPhone 8 is backed by a small 1821mAh Li-Ion battery underneath. The phone comes with a 15W fast charger out of the box. The battery size seems to be smaller than the other smartphones; however, a full day of power backup is expected from the phone on average usage. iPhone 8 supports the Qi wireless charging system. The battery attains 50% of charge in 30-minutes, claims Apple.

Apple iPhone 8 has an ample 64GB of internal storage capacity. You may use this storage option to stuff apps, games, documents, videos, photos, etc. Like the rest of the Apple smartphones, iPhone 8 lacks the expandable card slot.

iPhone 8 has all the usual sets of connectivity options that include 3G, 4G VoLTE that enables HD voice and free video calls on supported Jio networks, WiFi, Bluetooth v5.0, USB proprietary v2.0, and NFC for sharing small amounts of payloads. For online navigation, the phone is supported by GPS with A-GPS.

80
Expert Rating
Very Good
Based on 12 Reviews
Positive:
5
Mixed:
0
Negative:
1
80
Smartprix
iPhone 8 Review, Features and Price in India
The dust has settled and time for rumors is over. The iPhone 8 is now a reality for which Apple fans have been waiting eagerly. Along with Apple iPhone 8, Cupertino giant also announced iPhone 8 Plus and iPhone X (10).

The successor of last year’s iPhone 7 comes with a 4.7-inch super Retina HD display, 1334 x 750, 326 PPI, 3D touch. Though Apple hasn’t made any incremental changes in design, the new iPhone 8 has a glass on the rear as well.

Apple has developed a new Hexa-core Apple A11 Bionic chip with a neural engine which is said to be a lot more powerful yet power-efficient in comparison to existing A10 chip. Apple has also developed an M11 Coprocessor which further compliments its A11 Bionic chip.

The Apple 8 come now comes with slightly improved cameras both on the front and back. It boasts a12MP primary camera with F/1.8 aperture, Optical Image Stabilization (OIS) and Quad LED Flash. It can at best shoot 4K videos at 60fps.

It also packs a 7-megapixel selfie snapper with f/2.2 aperture and Retina Flash. It can also record videos in 1080P at 30FPS. The new Apple iPhone 8 comes in 64GB and 256GB storage options. The phone comes running on iOS 11 which bring new gestures and features.

All in All Apple iPhone 8 is a complete phone for those who are waiting to upgrade from iPhone 5S, iPhone 6 or iPhone 6s.

Apple has announced new iPhones prices and its availability details. Initially, online Apple iPhone 8 lowest price will be Rs. 64,000 for 64GB storage variant while the 256GB version of iPhone 8 best price India will be Rs. 77,000. Both variants will become available on Flipkart from September 29 onwards.


NA
GSM Arena
Apple iPhone 8 review
The iPhone 8 is out with an all-glass design, the powerful new chip, the improved camera and, at long last, wireless charging. The True Tone support for the display is duly noted. The iPhone 8 is equipped with a non-removable Li-Po 1,821mAh battery, which is about 7% smaller than the one of the iPhone 7.

The Apple iPhone 8 audio performance was very much in line with its larger Plus sibling.read more →

90
Engadget
Apple iPhone 8 Review
The iPhone 8 is the smallest of Apple's newsmartphones, but don't let its size fool you: It's an incredibly powerful machine. The A11 Bionic chip inside ensures games and augmented reality apps run smoothly, and the phone's 12-megapixel camera is much improved over last year. The 8's redesigned body also allows for wireless charging (finally!), though we wish Apple had done more to update its design.read more →
NA
PC Mag
Apple iPhone 8 review
Apple doesn't slide backward, but sometimes it moves forward slowly. The iPhone 8 has some class-leading features, most notably that A11 processor and a camera that matches other flagships Phones.The iPhone 8 looks a lot like the iPhone 7, except that the metal back has been switched out for shimmering glass.

The phone is also IP67 water-resistant, like the iPhone 7 generation.read more →

NA
TechRadar
iPhone 8 Review
One of the big upgrades Apple has given its new iPhone, and the focus of the design, is the glass rear - it’s an upgrade over the aluminium body used since the iPhone 5, and its inclusion means a brand-new feature in the shape of wireless charging.

There’s still a camera bump too – this is easily remedied with a case, but for those wanting to show off the new glossy rear of the phone it increases the chance of damage when you place it on a flat surface.read more → 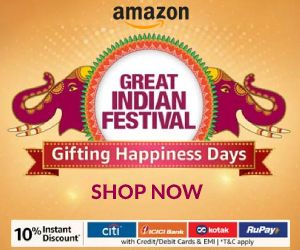 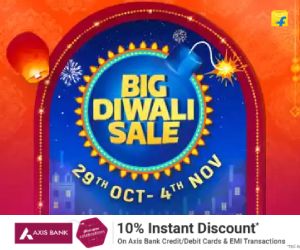 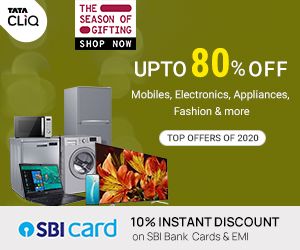