iPhone 8 is a high-end Apple smartphone loaded with stereo speakers and its native A11 Bionic chip. The phone brings a compact 4.7-inch color IPS LCD HD+ resolution retina display. For the camera performance, the phone sports a single 12MP camera with a Quad-LED dual-tone flash and a 7MP front-facing camera. Under the hood, the phone is backed by a 1821mAh battery with a 15W charger out of the box and supports Qi wireless charging. Let’s read more about iPhone 8 in detail and see how it performs against the other competitors.

iPhone 8 has a compact body with a glossy back panel and has aluminum frames by its sides. The phone has ergonomic features, it stands at 138mm of height and has a slim 7.3mm of thickness. Also, the phone has a light-body and tips the bar at 148grams only. Apple iPhone 8 is IP67 dust/water resistant (up to 1m for 30 mins). For security unlocks, the phone has a touch-id fingerprint sensor built into the home button. The phone is available in three different color options Gold, Silver, and Space Grey.

Apple iPhone 8 brings a compact 4.7-inch color IPS LCD retina display. The panel comes with an HD+ resolution(750x1334px) with a pixel density of 326PPI. Buyers can benefit from the retina display to get sharp visuals. The display has a protective layer of Gorilla Glass and has an oleophobic coating that provides a certain amount of finger smudge resistance to the smartphone's display. The aspect ratio of the phone is 16:9.

Apple iPhone 8 comes with a single 12MP rear camera with aperture f/1.8 and 28mm of the wide sensor. The camera is supported by Phase Detection Autofocus(PDAF) that focuses on the subject quickly and accurately. Also, it supports Optical Image Stabilization(OIS) that helps in reducing the shakiness on the video. For selfies and video calls, the phone house a 7MP front camera. As far as the video recording is concerned, you may capture 4K videos @24/30/60fps.

iPhone 8 runs on the iOS11 operating system out of the box and is upgradable up to iOS13.6.1. The phone is driven by a 10nm process Apple A11 Bionic chipset which is 70 percent faster than A 10 chip used on iPhone 7. For the multitasks and background features, it has 2GB of RAM while Apple GPU (three-core graphics) handles the graphic demands for the demanding apps and games. User-friendly sensors included on the phone are Accelerometer, Gyroscope, Compass, Proximity, Barometer.

iPhone 8 is backed by a small 1821mAh Li-Ion battery underneath. The phone comes with a 15W fast charger out of the box. The battery size seems to be smaller than the other smartphones; however a full day of power backup is expected from the phone on average usage. iPhone 8 supports the Qi wireless charging system. The battery attains 50% of charge in 30-minutes, claims Apple.

Apple iPhone 8 has an ample 128GB of internal storage capacity. You may use this storage option to stuff apps, games, documents, videos, photos, etc. Like the rest of the Apple smartphones, iPhone 8 lacks the expandable card slot.

iPhone 8 has all the usual sets of connectivity options that include 3G, 4G VoLTE that enables HD voice and free video calls on supported Jio networks, WiFi, Bluetooth v5.0, USB proprietary v2.0, and NFC for sharing small amounts of payloads. For online navigation, the phone is supported by GPS with A-GPS. 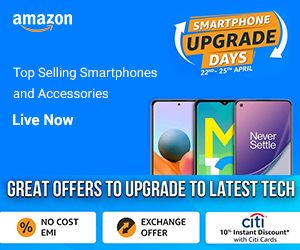