Read More
This Mobile Phone is Out of Stock.
Set an Alert to know when it comes back in stock.
₹41,999
Search 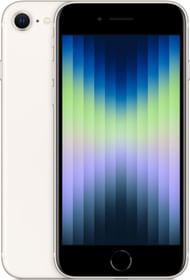 #ExpertReview
By Smartprix • 4 years ago
The dust has settled and time for rumors is over. The iPhone 8 is now a reality for which Apple fans have been waiting eagerly. Along with Apple iPhone 8, Cupertino giant also announced iPhone 8 Plus and iPhone X (10). The successor of last year’s iPhone 7 comes with a 4.7-inch super Retina HD display, 1334 x 750, 326 PPI, 3D touch. Though Apple hasn’t made any incremental changes in design, the new iPhone 8 has a glass on the rear as well. Apple has developed a new Hexa-core Apple A11 Bionic chip with a neural engine which is said to be a lot more powerful yet power-efficient in comparison to existing A10 chip. Apple has also developed an M11 Coprocessor which further compliments its A11 Bionic chip. The Apple 8 come now comes with slightly improved cameras both on the front and back. It boasts a12MP primary camera with F/1.8 aperture, Optical Image Stabilization (OIS) and Quad LED Flash. It can at best shoot 4K videos at 60fps. It also packs a 7-megapixel selfie snapper with f/2.2 aperture and Retina Flash. It can also record videos in 1080P at 30FPS. The new Apple iPhone 8 comes in 64GB and 256GB storage options. The phone comes running on iOS 11 which bring new gestures and features. The Apple iPhone 8 supports quick charging and wireless charging (a feature that has been missing in iPhones since ages). As for connectivity options, Apple continues to ignore secondary SIM option. It supports 4G, voice over LTE, advanced Wi-Fi 802.11, a/ac/b/g/n/n 5GHz, advanced Bluetooth v4.2, mobile hotspot, A-GPS, Glonass, a USB 2.0 slot and NFC. All in All Apple iPhone 8 is a complete phone for those who are waiting to upgrade from iPhone 5S, iPhone 6 or iPhone 6s. Apple iPhone 8 Price In India and Availability Apple has announced new iPhones prices and its availability details. Initially, online Apple iPhone 8 lowest price will be Rs. 64,000 for 64GB storage variant while the 256GB version of iPhone 8 best price India will be Rs. 77,000. Both variants will become available on Flipkart from September 29 onwards.
Read Full Review →
VIEW ALL EXPERT REVIEWS (12) →