Xiaomi was one of the brands enlisted in the Qualcomm’s 5G equipped mobile device lineup. It had also appeared in the 5G testing phase, shared by the company representatives. Being an upgrade, the device shows some minor changes under the hood. It packs the Snapdragon 855 chipset with X50 modem, which brings the 5G support. Here’s a quick refresher detailing Mi Mix 3 5G phone features.

The #5G era has arrived!

The @Qualcomm #Snapdragon855 processor and #MiMIX3 come together for one powerful 5G experience. #5GIsHere pic.twitter.com/whFTUuxOLf

Whilst divulging into the features, you would find similarities for the most part. That being said, this one sports a 6.39-inch FHD+ Samsung AMOLED display with 2340 x 1080 resolution and an aspect ratio of 19.5:9. It is also a slider phone with Xiaomi’s patented magnetic slider mechanism.

As mentioned before, this would be powered by Snapdragon 855 SoC with X50 modem. On the performance front,  the company touts a 45 percent faster single-core performance. And as far as 5G speed is concerned, Xiaomi claims up to sub-6GHz signal that has gigabit-class download speed, which is tens of times faster than the 4G network.

This one also comes with a fourth-gen Qualcomm AI Engine that is claimed to be three times faster AI performance. This one could be a good pick for gamers thanks to the highly-advanced hybrid cooling system and Qualcomm Adreno 640 GPU’s increased performance.

We could expect the device to come with a 10GB RAM variant with 256GB internal storage like the predecessor. Other options included a 8GB RAM+256GB ROM, 8GB RAM+128GB ROM and 6GB+ 128GB ROM.

It is fueled by a 3800mAh battery paired with quick charge+ support. Like the standard Mi Mix 3, this one should also support wireless charging.

In the software side, the Mi MIX 3 5G is an upgrade with Android Pie-based MIUI 10 out-of-the-box.  You could grab the phone in three color variants:  Onyx Black and Sapphire Blue.

The Mi MIX 3 5G will be on sale from May at a starting price of $599 (which is roughly around Rs 48,200). It would be available via on Mi.com, selected Mi Stores and key retailers. Few of the network partners include Three, Orange, Sunrise, Telefonica, TIM, Vodafone, with more coming soon.

Once 5G is rolled out properly in India, Xiaomi Mi Mix 3 5Gmight hit our market. For now, a bunch of 5G and foldable phones would be unveiled in the MWC 2019 and we will keep you posted on the same.

Qualcomm’s Snapdragon 855 Mobile Platforms shows improvement in almost all aspects over the last-generation Snapdragon 845. The Snapdragon 855 brings in enhancements like the new ARM cores, shift to a more power-efficient process node as well as image signal processor, a dedicated AI engine, latest connectivity options – and it was obviously defacto choice for …

Mi Mix series sort of invented the wheel when it comes to full-screen display with seemingly no bezels. Time has flown by and here we are inching towards the Mi Mix 4. It is expected to come around next month. And as expected, the leaks and buzz are getting more frequent. The most recent one …

Lava, an Indian smartphone-producing player, is trying its best to sustain itself in the market that is dominated by brands like Xiaomi and Realme. In the same direction, the company introduced Lava Blaze 5G smartphone at the India Mobile Congress 2022 in October. The device is being boasted as the most affordable 5G phone in … 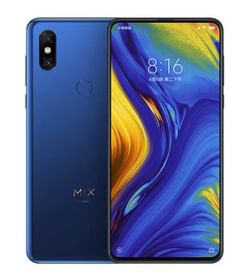 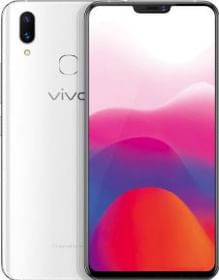