Netflix is expanding its mobile games portfolio that is available to play on the app itself. The streaming giant has added seven more games to its library. The Netflix app’s mobile games are free and don’t ask for in-app purchases or display ads while gaming.

Netflix‘s seven new mobile game names include Reigns: Three Kingdoms, Stranger Things: Puzzle Tales, Hello Kitty Happiness Parade, and Cats & Soup among others. For the unversed, Netflix started its gaming journey of offering mobile games on its platform in a collaboration with Ubisoft earlier in September.

Here are the details of these new mobile games that are just debuted on the Netflix platform:

The chaotic closing years of the Han dynasty are pushed upon players of Reigns: Three Kingdoms. Make crucial decisions, join the correct army at the appropriate time, and more as you scroll through the saga’s factions, wars, and heroes.

ALSO READ: 14 Hidden Gems on Netflix India that you might have missed

In this shoot ’em-up in the arcade vein, an evil empire stands in your way. The opposition’s last hope is in you. The final resistance rebels must be put down in order for General Ramshackle and his Lieutenants of Doom to succeed.

Join the Hawkins crew as you explore new narratives, take on the Demogorgon, and complete enigmatic objectives in this match-3 puzzle RPG adventure.

Assist the pretty cats in preparing soup in a magical jungle. To unlock new recipes and hearts, give your working kitties fish to eat.

Play as Hello Kitty and two friends to bring happiness to a fantastical world. You’ll meet new friends as the celebrations progress.

To draw hundreds of species, each with distinctive wing patterns and behaviours, create a butterfly paradise with plants and flowers. As your forest expands, keep track of your butterfly visitors in the “Flutterpedia.”

Create a farm, alone or with companions, where the sun always shines, the animals dance, and the grass is always greener.

If you are a Netflix subscriber and want to play these mobile games, you can access them on your Android and iOS devices. Also, there are more interesting games available on the platform which Netflix users can enjoy playing.

Amazon Prime, Netflix, Disney+Hotstar, SonyLiv and others Mobile Only Plans Costs and Benefits

Amazon recently announced a Prime Video mobile subscription plan following the suit of other video streaming services that have been ahead in this mobile-only subscription game. From Netflix to Disney+Hotstar and SonyLiv to Voot all major OTT have a mobile-centric plan available for Indian consumers. We have created a list here explaining the mobile plans …

How To Play Squid Game in Roblox on iOS, Android, and Windows

In the wake of Netflix’s recent battle royale show Squid Game, a series of copycat Roblox games have surfaced. As of tonight, the platform’s trending section has nearly 28 million views of “Squid Game” and “Red Light Green Light.” Squid Game is a new Korean thriller on Netflix that hit the streaming service on Sept. …

PUBG New State Mobile is a futuristic-style multiplayer online battle royale video game developed by PUBG Studios and published by Krafton. The game was released on November 11, 2021, for iOS and Android through the app store, Google Play Store, and Samsung Galaxy Store. If you are also one of those who have downloaded the … 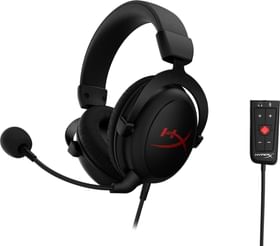