Update: Microsoft has officially launched enterprise-focused Lumia 650 for Rs. 15,299. The phone is available in black and white colors.

Nowadays there is a new trend emerging in the market where smartphones gets listed on retailer website even before they are officially launched in the country. At least this is what has occurred with Microsoft Lumia 650 Dual SIM phone. This Windows 10 running device is still listed with a ‘Coming Soon’ tab on the company’s official page, but is already retailing on Amazon India for Rs. 1,599.

Microsoft terms its Lumia 650 “the best of Microsoft productivity and security, all wrapped in a beautiful slim package.” The phone comes with pre-installed productivity apps like Office 365 and Uber.

Microsoft first unveiled this phone it the month of February, 2016. In terms of specification, the Microsoft Lumia 650 is powered by Windows 10 Mobile and sports a 5-inch AMOLED ClearBlack display with HD a running resolution of 720×1280 pixel with pixel density of 297ppi. At the heart of it, larks a quad-core Qualcomm Snapdragon 212 clocked at 1.3GHz coupled with 1GB of RAM. It comes with 16GB of built-in storage and supports expandable storage via microSD card (up to 200GB).

The Lumia 650 Dual comes with a 2000mAh battery as a power source and supports Nano-SIM cards. Both the variants, the Lumia 650 and the Lumia 650 dual-SIM have identical exterior and interior specifications. Both the phones flaunts 8-megapixel rear autofocus primary camera with LED flash and a 5-megapixel secondary camera.

Royal Enfield has officially introduced its eagerly anticipated Super Meteor 650 motorcycle during the 2022 EICMA show happening in Milan, Italy. The company has designed the new Royal Enfield Super Meteor 650 based on the same platform it has used for the Interceptor 650 and Continental GT 650. Though, the new cruiser bike arrives with …

A few years ago, thumb drive industry was booming in India. However, with data becoming cheaper and mobile phones storages becoming cheaper, the pen-drive market seems to have plunged in recent times. Western Digital subsidiary SanDisk is trying to revive pen drives once again with the launch of Ultra Dual Drive Luxe in India. This …

Amazon India is offering huge deals and discounts on the purchase of the Apple iPhone 13 smartphone. The 128GB iPhone 13 in blue color has been listed for a price of just Rs. 67,490 on the e-commerce portal. On this too, Amazon is offering an exchange discount of up to Rs. 22,000. All these offers …

Want Spotify Premium for free? Here’s how you can get it if you are an Amazon user

Spotify is one of the most popular music and podcast streaming apps in India. It allows you to enjoy listening to songs free of cost, with premium users unlocking ad-free features when they pay for it. In India, Spotify Premium is available for Rs. 199 per month but there is also a way to get … 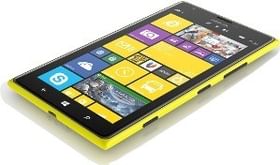