HTC has been on the top of the line for quite a few days now because of its revelations regarding new smartphones and the flagship devices HTC One M9 and One M9 Plus. Apart from this, HTC Butterfly 3 grabbed some spotlight too. And the very new launch event, called ‘More Than One’, was an initiative by HTC to launch the long awaited HTC One M9 Plus in Beijing China. HTC has launched another octa-core powered smartphone in India, called Desire 626g+.

HTC Desire 626g+ is the most recent inductee in the Desire series by HTC.HTC Desire 626g+ features a 1.7 GHz octa-core MediaTek processor. The smartphone inboxes 1 GB RAM and is revved up by Android Kitkat v4.4 platform. Atop the Kitkat platform, HTC Sense UI adds to the beauty of the charming interface. Desire 626g+ camera description includes a 13 MP primary camera with LED flash that can capture 1080p HD videos and a 5 MP front facing camera. The phone comes with 8 GB of storage space onboard which can be further expanded by a microSD card. It packs a 5 inch full HD display with 1280×720 pixel resolution.

HTC Desire 626g+ price in India is revealed as INR 16,900 and the smartphone will be available in Lagoon Blue and Birch White colors. 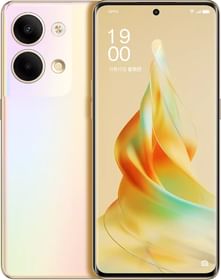