Apple iPhone SE Plus might arrive in 2022 with 5G capability

Earlier we reported about Apple bringing their next-gen iPhone SE in 2022, which will be an affordable choice for Indian consumers. And well, there is news about two different variants now. First, there are previous reports stating that the iPhone SE 3 will come with a design similar to that of the iPhone XR with improvements in the camera department. Meanwhile, the latest reports suggest Apple will also launch an iPhone 8-shaped ‘special edition’ handset named iPhone SE Plus with 5G connectivity next year.

Apple iPhone SE Plus: What we know so far

Analyst Ross Young claims that the next iPhone SE will have a 4.7-inch LCD screen borrowed from iPhone 8. So, it won’t be a larger display although it will be branded as iPhone SE Plus. So what will be new is a newer A15 Bionic chipset, along with Qualcomm’s X60 modem and 5G connectivity option.

This was something, famed analyst Ming-Chi Kuo’s forecast in 2019. He had back then said that this would be the “cheapest iPhone model ever”.

Even though there is nothing concrete about when Apple would bring its next SE smartphone to the market, sources claim that the handset might debut next spring.

Will there be an iPhone SE 3 after iPhone SE Plus?

Analyst Ross Young further believes that besides the iPhone SE Plus, Apple is also planning to launch iPhone SE 3 with a larger LCD display of about 5.5 to 6.1-inch in the year 2024. Interestingly, this perfectly fits Kuo’s description of the iPhone SE 2 Plus, which he had earlier predicted to launch in 2021, but nothing like this materialized.

So, things are big nebulous until we get more certain deets. In any case, let us know down in the comments if you are excited about the forthcoming iPhone SE models.

Apple’s next iPhone to be named SE+ 5G, might launch in April or May

Apple’s next iPhone is all set to launch in a few months. The device is reportedly named as iPhone SE+ 5G and reports claim that it will launch at April end of the beginning of May 2022. The new iPhone is said to have the same design and display as the last-gen model. However, some …

Apple has already launched the SE model of the iPhone for 2022 and now there are reports that the next SE model would come with major changes. YouTuber Jon Prosser claims that the upcoming iPhone SE model will resemble iPhone XR in terms of design. This will make it different from other SE iPhones. iPhone … 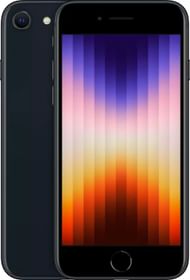