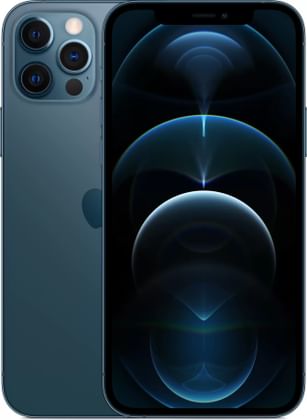 Apple introduced the iPhone 12 Pro under the umbrella of the Apple iPhone 12-series. This is a premium grade smartphone loaded with cool specifications onboard. The smartphone brings a 6.1-inch Super Retina XDR OLED with a large notch. On the rear side, there’ a set up 12MP triple rear cameras that support the TOF 3D LiDAR scanner for depth measuring.

Apple iPhone 12 Pro has a 5nm process Apple Bionic chipset with Hexa core processors. The smartphone has 6GB of RAM and 128GB of onboard storage. Let’s read more about the phone and see how it performs

iPhone 12 Pro comes fitted with a super retina XDR OLED display with a large notch. The phone brings a 6.1-inch display with a QHD+ resolution of 1170x2532px that sits at a pixel density of 460PPI. The aspect ratio of the phone is 19.5:9 with an 86% screen to body ratio. Also, the display is Dolby vision supported with true tone wide color gamut. For extra protection, the display has a layer of gorilla glass with an oleophobic coating.

iPhone 12 Pro includes a square camera island that employs a set up of 12MP triple rear cameras with quad-LED dual-tone flash. The main 12MP camera with an aperture f/1.6 is followed by a 12MP ultra-wide camera and a 12MP depth sensor with up to 2X optical zoom support. Apple uses the same technology that NASA uses. iPhone 12 Pro has LiDAR technology that measures depth thoroughly. This is a flagship-level smartphone with pro camera features, and by judging that quality camera performance is expected. For selfies and video calls, the phone features a 12MP front camera with a flash that helps to snap at night time. The smartphone records 4K videos @30/60fps and has stereo sound.

iPhone 12 Pro has the market’s first 5nm process Apple Bionic chipset with hexacore processors. The chipset has 50% faster CPU and GPU than any other smartphone chip, claims Apple. The phone runs on iOS 14 and gets assistance from 6GB of RAM for handling the background activities on the phone. The graphic rendering performance of the phone is taken care of by Apple GPU that renders graphical inputs for the demanding apps and games. The smartphone has FaceID for unlocking the phone and useful sensors like  Barometer, Three‑axis gyro, Accelerometer, Proximity sensor, Ambient light sensor are present.

Apple iPhone 12Pro has a massive 128GB of internal storage capacity. The storage is big and can be used for storing apps, games, music, videos, photos, etc. A reminder that the phone lacks any extra storage slot. 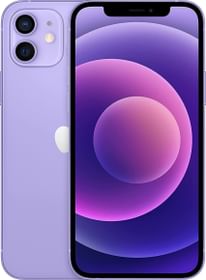