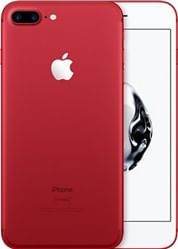 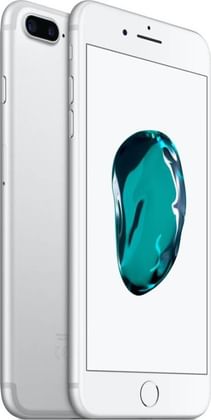 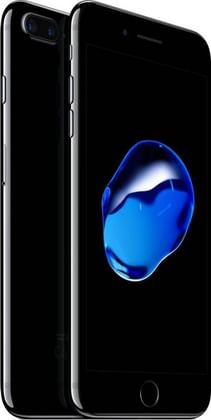 Read More
This Mobile Phone is Out of Stock.
Set an Alert to know when it comes back in stock.
₹35,999
Search 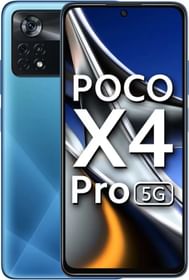 iPhone 7 Plus Review, Price and Specifications.

#ExpertReview
By Smartprix • 5 years ago
Apple CEO Tim Cook launched iPhone 7 and iPhone 7 Plus at an event held in San-Francisco. This time around the iPhones ditch the 3.5mm headphone jack (audio peripherals can be connected via the lightning port) and go waterproof and dustproof as well. The new iPhone 7 Plus comes with few welcome changes compared to iPhone 6 Plus. The dual-camera hardware on the rear side being the major one. It packs two photography sensors on the rear side, both featuring 12 MP resolution, one with (f/1.8 aperture) wide-angle lens and the other uses a telephoto lens. Precisely, the telephoto lens facilitates 2X zoom normally and 10X zoom when in tandem with the software. Which is not all on the optics, the flicker sensor compliments its six elements Quad LED (Dual-tone) flash to render more natural looking pictures. For Selfie and video calling, it sports a 7 MP (f/2.2 aperture) front snapper. Like iPhone 6 Plus, the handset flaunts a (750 x 1334) resolution 5.5-inch LED-backlit IPS LCD display with display zoom functionality and an increased dynamic range. Instead of a mechanical home button, the iPhone 7 Plus employs a pressure sensitive button which uses vibration based taptic feedback engine identical to what was used in the new MacBook Pro trackpad. It drops the Space Grey color and introduces two new black hues alongside existing Gold, Rose Gold and Silver color options. The soft one with a matte finish is named 'Black' while the glossy deep black variant is dubbed 'Jet Black'(the Jet Black color comes only in 128GB and 256GB variant of internal storage).Not missing out to mention that the antenna lines has been positioned at the top and bottom to complement its aesthetics. Under the hood, iPhone 7 Plus is powered by 64 bit Quad-core A10 CPU mated with a six core GPU, 2 GB RAM, and 32GB/128GB/256GB of internal storage. Talking of the new A10 SoC, Apple Claims that it is 40% faster than A9 and more power efficient as well. The new homemade hexacore GPU is also 40% faster compared to the one used in iPhone 6 Plus. So, you can expect a better graphical execution. iPhone 7 Plus runs iOS 10 out of the box and support Nano SIM card. Connectivity options and other basic features include Wi-Fi 802.11 a/b/g/n/ac, Bluetooth v4.2, GLONASS, NFC, USB v2.0 (reversible) and Stereo Speakers at top and bottom. iPhone 7 Plus price in India has not been disclosed as of yet. However, the prices are starting from 60,000 INR. iPhone 7 Plus is set to roll out in India starting October 7th, 2016.
Read Full Review →
VIEW ALL EXPERT REVIEWS (11) →

My Own Personal Review

The phone is amazing and when you get 128 GB to use, it is super amazing. I was using iPhone 5S 16 GB before this and it restricted me to download anything because I had limited space. Last year I got this and the interface is really good and needless to say I have got my hands on this and it becomes slightly difficult to operate an android phone. The portrait camera feature is superb, bigger screen to use & slightly heavy than iPhone 7. But there are cons too. In only 5 minutes of playing a game, it heats up quickly and sometimes I have to stop the game right away. Battery back up is great. I almost use it for 10 hours from 24 hours and I need to charge it only once and it’s good to go. Also it’s maintainance cost is high as it’s an iPhone.