2015 is the year where all major android OEMs are prioritizing Camera performance above all else, and rightly so. After all, it is easier to superficially replicate a “flagship spec-sheet” at astonishingly low prices however, a splendid camera is not only difficult to clone, but is also most important to consumers, something they will be willing to shell out huge piles of cash for.

The Xperia Z5 is ranked below the Premium model, but is better in several regards. The DxOMark ranks Xperia Z5 camera as the best there is from professional stand point, so yeah that’s a big win for Sony, but is it the best flagship phone you should buy this year? Let’s find out after a short specs break.

Note – If you wish to browse through selective stuff quickly, you can also head on to our Sony Xperia Z5 FAQ

Sony has devotedly stuck to its Omnibalance design philosophy for several cycles and this year, the company could have gone the Galaxy way with a complete design overhaul or for further refinement. We are glad it opted for the latter.

The frosted glass and frosted aluminum side frame makes all the difference. The Xperia Z5 feels every bit premium and the frosted glass keeps all finger smudges at bay (though the glass is still slippery). It is reasonably slim, easily manageable and has a decent heft to it. The Aluminum side frame extends beyond the glass, but after a week of usage, that is something we actually like when we grip the device. The Sony logo on the back has a rubberized feel different from frosted glass engulfing it.

Arguably, this beauty is skin deep. Firstly, the SIM tray inside which has slots to house dual Nano SIM is made of flimsy plastic. The phone restarts every time you pull-out or re-insert the tray, but again this isn’t something you have to deal with on a daily basis and thus isn’t a deal-breaker at all. Secondly, the unibody design doesn’t make room for any kind of cooling mechanism for Snapdragon 810 and that results in device getting warm rather easily, but more on that later.

The fingerprint scanner is where our thumb naturally rests. After a week of usage, we are convinced that we like the button placement more than Apple or Samsung implementation, but again unlocking your phone is a two-step process (you have to press the power-key and then scan your finger).

After all there is no separate sensor-hub or motion co-processor to handle fingerprint sensor and if the main CPU cores were to stay awake on the look-out for when you scan your fingers, it would have been excessively harsh on the battery, which already borders on being scanty.

The ergonomic position for fingerprint sensor meant the volume-rocker had to go down south. Now this can be inconvenient when you are using your phone in portrait mode, but doesn’t matter much in landscape mode, which is primarily used for watching videos. The placement is favorable for its use as zoom-in Zoom-out button while you are in the camera app.

The dedicated camera key is springy and wobbly by design, which has its use, i.e, to lock AF while shooting pictures. It is aptly placed where it belongs.  There are no flaps over USB port or audio jack which is again a great convenience on this splash proof phone. Cut-outs for stereo speakers at the front are almost invisible, but we are apprehensive that dirt will eventually accumulate in these narrow slits.

The Sony evades the Quad HD trend, but the display on Xperia Z5 is very impressive. Blacks, contrasts and viewing angles are great. The display is not in-your-face eye-raping bright, but it would be wrong to say that it’s dull.  All Sony display tech works behind the scene and everything is crisp even at 50 percent brightness directly under the sun, with adaptive brightness on.

Everything is not perfect though. Sometimes colors feel warmer than usual and at other a pink tint is noticeable on white backgrounds. Image enhancement modes in settings can help you tweak colors to your liking. From a personal standpoint, we always prefer IPS LCD ones over AMOLED panels, and Sony’s Full HD panel on Xperia Z5 is something which suits all our needs without being harsh on our eyes.

The Xperia UI is based on Android 5.1 Lollipop and you can notice excerpts from Google’s Material design sprinkled here and there. The Xperia Launcher and iconography wasn’t very appealing to begin with, but one week down the line, the design has kind-of grown on us. We have so far resisted all urges to replace it with third party launchers, and that is always an option on Andriod devices.

The Xperia UI is light and efficient. There are several shortcuts and features that are actually useful, for example, option to take screenshots or record screen simply by long pressing the power button. Sony phones always have full set of connectivity options and software further bolsters this strength. You can add quick setting button to throw music at wireless speakers, mirror content on large TV display or perhaps connect it to a Playstation controller all without much botheration.

The  Camera on Xperia Z5 leaves us in a quandry. The camera hardware is indeed powerful, and when it works, you can click great shots from Xperia Z5, but camera software can be a hit or a miss. Camera app can be slow at times and we had to switch to manual mode a few times for better performance, but there is no denying potential of Xperia Z5 Camera hardware. With Google Camera App, photography experience was remarkable. You can shoot 23MP images in superior Auto mode, but by default camera samples 8MP images.

There are several modes you can play with and some of them actually work quite well, while others not so much. Clicking selfies with smile recognition quickly became second nature for us.

The Sony Xperia Z5 can handle everything you throw at it without slowing down, but it does get hot when going gets tough. Using Camera app or gaming for 5 minutes is all it takes to raise mercury. In other day-to-day usage scenarios however, the phone runs pretty cool. Checking your mails, syncing myriad accounts, browsing or watching videos won’t be an issue. Most current gen Android phones don’t manage heat that well and since the problem seems ubiquitous, we are not sure anymore if it’s a deal breaker for basic and moderate consumers.

Update: It feels like Heating issue has been addressed, to an extent, in the new software update

Audio quality from headphones is awesome. The loud-speakers aren’t as loud as a frontal setup should be, but it is fairly loud nonetheless. We also felt a lot of vibration at center on the rear side while playing music.

On a 100 percent charge, Xperia Z5 struggles to make past one day mark. Again, our usage is heavy with several accounts synced and constant toying involved. The battery life seems at par with Galaxy S6, but considering the full HD resolution on board, we expected better. Basic and moderate users should comfortably squeeze out one day usage, besides the Stamina mode is present to extend backup at critical times.

The Sony Xperia Z5 is strong, beautiful, elegant and has a fantastic camera. In India, Xperia series has a strong fan following and all such loyalist won’t be disappointed. No Android flagship has been perfect so far, and in this pool, Xperia Z5 holds its ground rather well.

Lenovo has turned the tables and became the first company to launch a smartphone with Qualcomm’s latest Snapdragon 855 chipset and 12GB RAM. Lenovo has been largely passive the last few months with no major phone launches under its own brand. It mostly relied on Moto branding for bringing its new mobiles but now Lenovo is …

Amidst of Navratri-Dashara celebration Sony has decided to launch two new flagship phones – Xiperia Z Premium and Xperia Z Dual in India. With the arrival of these two devices at India shores, buyers are going to have a tough time deciding between Samsung, Apple, Google and Sony. What turns the table in Sony’s favor … 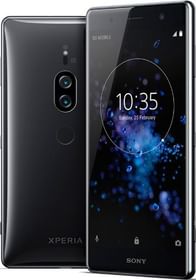