Samsung is one of the most prolific smartphone manufacturers these days. Last week, the brand introduced yet another affordable phone in M-series, the Galaxy M21, which is more similar than different to the Galaxy M31 or even the M30s. (Samsung Galaxy M21 Review हिंदी में पढ़िए)

At an economical starting price of Rs. 12,999, the Galaxy M21 offers an AMOLED screen, 6000mAh battery, a decent amount of RAM and storage, and of course, Samsung branding.

In our Samsung Galaxy M21 review, we will detail our experience with the phone and also compare it with the clashing Samsung phones as well as other alternatives from Realme and Xiaomi. Hopefully, this should help you decide whether or not to buy the Galaxy M21.

Samsung Galaxy M21 looks almost the same as Galaxy M31 (review) or even the Galaxy M30s. All of these phones are surprisingly light, considering the 6000mAh batteries on board. For consumers who prioritize big batteries, this shall be a definite advantage.

The Redmi Note 9 Pro Max also offers a sizeable 5000mAh battery, but it’s nowhere near as handy as these Samsung M-series phones.

On the downside, the glossy plastic back feels a bit flimsy and cheap. Not that this should be much of an issue once you use a protective case. And, frankly, the water-drop notch now feels outmoded.

The Galaxy M21 covers most essentials – Gorilla Glass 3 scratch resistance, dedicated card slot, USB Type-C charging port, and audio jack are all there. The fingerprint sensor at the back is fast and reliable, which is why we’d take it over Samsung’s optical in-display sensors on more expensive A-series phones any day.

So, long story short, the Galaxy M21 isn’t very premium in its feel, but it’s very well designed for a big battery phone and covers most basics.

The Galaxy M21 has a punchy 6.4-inch AMOLED display and supports HD streaming on popular streaming apps like Netflix and Prime videos – which is not something we can say for rival Xiaomi or Realme phones.

Not all AMOLED displays are equal, and the one on the M21 is expectedly inferior to what you’d get on phones like Galaxy A51, but it’s still a great screen to watch videos. Consumers can choose between two color profiles – vivid and natural – and enjoy AMOLED perks like deep blacks in dark mode and always-on mode.

The display isn’t exceptionally bright, but we didn’t face any trouble using the phone under direct sunlight on occasions.

When it comes to performance, the Galaxy M21 can’t quite match up to Realme and Xiaomi options. The Exynos 9611 powering the phone is not particularly snappy and isn’t meant for hardcore gamers, but does feel adequate for light and moderate day-to-day usage.

Games like PUBG are playable, but the performance isn’t as smooth in the default settings. In Smooth -extreme settings, the gameplay feels quite responsive.

I for one certainly consider the well designed OneUI 2.0 software (Android 10) a massive advantage over Realme UI and MIUI, but this is a subjective matter and your preferences might differ. Ads and recommendations aren’t as intrusive, and the software is feature-rich and well laid out.

The call quality is great in our area. The phone supports all relevant connectivity options including Bluetooth 5.1, Wi-Fi calling, and Dual SIM VoLTE.

Samsung Galaxy M21 has three cameras on the rear. The primary camera is a 48MP sensor (as against 64MP on Galaxy M31) and it’s accompanied by an 8MP wide-angle shooter and a 5MP depth sensor.

In proper daylight, the Galaxy M21 shoots detailed and well-metered shots. The camera quality is almost similar to that of the Galaxy M31.

Portrait shots also turned out better than anticipated. The wide-angle camera can be used to capture wider landscapes in proper lighting. The quality is strictly average and we don’t see anyone using this frequently.

In low light, the quality deteriorates. The Galaxy M31 performs comparatively better. The Galaxy M21 has a night mode, but the camera struggles to focus in night mode. The 20MP selfie camera does a decent job, but the one on the Galaxy M31 fairs better in low light. 4k video recording is supported, but the best results come with 1080p and super steady turned on.

With a 6000mAh powerhouse and a power-efficient chipset on board, battery mileage shouldn’t be a concern. Due to Coronavirus lockdown, we were restricted to our homes, and our battery could easily last for more than 2 days.

The audio output via the bottom-firing speaker is reasonably loud and the quality is above average. The same goes for audio via headphones.

Of course, online exclusive phones from Realme and Xiaomi have more powerful chipsets, but the extra horsepower they offer doesn’t come without a few compromises.

The Samsung Galaxy M21 can Galaxy M31 can match with these phones in terms of camera performance, are significantly slimmer and lighter and,  if you ask us, have a more refined software – which are all legit advantages.

The experience of both phones is almost similar. The Galaxy M31 shows slightly better low-light camera performance and has an extra macro camera.

Does Galaxy M21 have Wi-Fi calling and Dual 4G VoLTE?

What is the SAR value of Samsung Galaxy M21?

What are default PUBG settings in Galaxy M21?

By default, PUBG runs in HD graphics and High frame rate. The gameplay is better in Smooth-extreme.

Samsung has launched a new affordable M-series phone, the Galaxy M21, in India. The phone was originally slated to launch on March 16 but the company had to reschedule it for March 18.The Galaxy M31 offers quite a few interesting features including Android 10-based OneUI software, triple rear cameras, and a massive 6000mAh battery …

Samsung is likely to launch a new Galaxy phone soon. This is going to be the Galaxy M21 2021 edition. We have seen it appear in the Google Play Console directory and also got an idea of its specs through a recent leak. Now, an Amazon poster reveals that it is about to launch as …

I got my samsung m21 today. I found it’s background display a bit yellowish in comparison to my redmi note 7 pro which is pure white background. Is it normal or a bug?

There is no doubt that samsung giving better displays than redmi,realme or vivo. And the retina is also made by samsung corporations

I agree. recently I bought M21 (blue) for my Mom.. She complained that whatsapp background is yellowish in colour where as her previous mobile Redmi Note 4 was pure white. However, after applying the screen guard, her issue got resolved to major extent.

actually Redmi Note 7 Pro screen leans towards colder colors that’s might be a reason why you feel M21 display bit yellowish. Still for your satisfaction, I would suggest you request for replacement from e-commerce seller or get your phone checked from Samsung.

I bought Samsung M21 in the month of November 2020. Soon after 8 months, the display started bleeding. I am a person who handles Phone very gently and never even dropped it not faced any sort of water logging. basically the phone is under warranty and when I approached the service center, they told it cant be serviced under warranty and will cost me around 4200. now i even came to know similar issues in M21 Samsung A50 and even J7 models. Is this some sort of a default issue with Samsung?

Hi Pooja, this is very unfortunate. We have not encountered light bleeding issues in any Samsung phone yet.

I am using Samsung M21 Following problems are found. 1. Battery life short : Though the phone is having 6000 mah battery, it is not giving battery life as expected. 2. It takes a long time to fully charge the battery 3. The keyboard doesnot support Clipboard function 4. It is heavier when compared to other models 4. Overall, this phone’s hotspot is not detected by PC / Laptop

Yes me too have the same problem i cant connect my phone hostpost to my laptop.And battery is not like 6000mah it look like 4000mah and i cant able to send photos in whattsapp it takes to much time to load

Ringtone cannot be changed on samsung m21 also the screen will not show the caller notification during calls.It will take a while to know who is calling.There is no pop up notification for WhatsApp.Very much disappointed made a mistake in buying the worst.

Hi, I have purchased samsung m21 recently, but it’s hanging quite often, I have no choice left, but return the phone. Now again it’s exchange of the same brand. What is your say about hanging or screen freez issue Thanks

Hi Deepak, I am thinking of buying Samsung m21 smartphone,but I am confused which variant should I buy like 4gb or 6gb.How much ram is available on 4gb in default 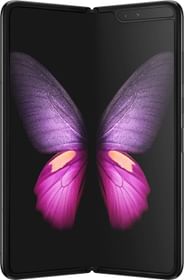