Realme Buds Wireless review – Heavy on Bass, but light in weight and on wallet

It’s a tricky thing to pick a good pair of budget earbuds from the bevy of options out there. For one, the sound signature must be soothing, and it has to be a comfortable wear. If not, it may very well throw you off and there goes the money down the drain. (Realme Buds Wireless Review हिंदी में पढ़िए)

Joining the club of several other OEMs, Realme also announced the Buds Wireless alongside the Realme XT (review) smartphone and a bunch of other accessories. These neckband earbuds are powered by Bluetooth 5.0 and touted to be “tuned by World famous DJ Alan Walker“. That’s cool to know, but do these sound cool?

So to test them out, we have been listening to the Realme Buds for the past couple of days and here’s how they hold up.

But before that, let’s have a quick glance over the specs:

Besides the earphones, you get –

I would’ve loved to find an extra pair of ear wings and a travel case. Nah, not a biggie!

So now, let’s get down to the business. Here’s our review of Realme Buds Wireless –

Realme calls the neckband as Elastic Memorize Metal String Necklace. A long name indeed! But, we get the sentiment as the rubber neckband rests well on the neck. The metallic line within it should add to the durability. The battery chamber is also given metal protection.  The ear tips have magnetic ends which when connected form a necklace. The magnets in the casing have more uses, which we will cover later.

With all those metallic elements, it’s still light and very comfortable to wear. That said, if you wear it while running or have jerky movements, then the neckband is likely to wobble sideways.

The bundled ear wings do alleviate this problem by settling the buds within the ear canal. These are detachable but come in a single size only. As for the ear pads, gladly, there are 2 extra pair to switch based on your fit.

Our review unit was the Black & Yellow color variant. It could appeal either as funky or flashy depending upon your taste. I fall in the second tribe. Other color options are Green and Orange. Whichever color you pick, icons on the remote shares the same accent.

Those yellow wires are flexible and rugged. The black parts have a matte finish which is aesthetically rich. Overall, we appreciate the build quality of Realme Buds Wireless. Unlike their price, they don’t seem cheap.

The main highlight for us in terms of utility has been the magnetic locking of the buds. This is how it works –

Sadly, the Realme Buds Wireless does not support simultaneous connection with multiple devices. Anyhow, in a situation where you want to clear the prevailing pairing to connect with a different device, all you have to do is to press the R button on the remote for 5s. That’s it!

The remote has 3 buttons for volume up, down and the aforementioned R key in the middle. They can be used for music navigation also like a single tap for play/pause, double-tap for next track and triple tap for resetting the track. Speaking of music control, the buds while attached will pause the music. However, there is no resume playback once you detach them.

You can also press and hold the R key to trigger Google Assistant and use it for answering and ending calls. I wish the buttons were a little more pronounced as it took a little muscle memory to distinguish them.

ALSO READ: Realme 5 review with Pros and Cons: Should you buy it?

An earphone is and should primarily be judged by one metric – the Sound Quality. You may as well disregard the other bells and whistles. Good god, Realme has struck the right chords when it comes to the audio signature in these earbuds. Well, for the most part.

Bass is warm, in dint of an 11.2mm Bass Boost driver. The response is less boomy than some other earphones we have tested. Still, it has an enjoyable depth. The vocals and instrument separation in the mids were also fairly clear. The treble at highs isn’t ear-piercing either.

We aren’t claiming these to be eargasmic. But in all fairness – satisfying would be the right word to describe the experience. Wearing these, we vibed the riffs of “Saada Haq” or punchy bass of Eminem’s Till I Collapse or even something melodious like “Phir le Aaya Dil”.

As for the call quality, the conversation was smooth and audible. The integrated microphone works alright.

The passive noise cancellation moderately isolates the outside environment. Moderately because you can still be aware of your surrounding. Not bad.

Not everything’s fine either. We noticed a pinch delay by a milli-sec whilst watching Youtube. Then, there were signal interruptions for a time or two while on commute. Take it as a quibble or something to note.

The claim is 12 hours playback at 50% volume. We were able to use the Realme Buds Wireless over a day on a single charge, somewhat meeting the Asterisked condition. So, yea we are impressed.

The charging takes more than an hour. But, the thing which we are not impressed by is the presence of a micro-USB port. Agreed, its a budget earbuds. But you see its 2019 and almost every new phone come with a USB-C charger including the Realme XT. Personally, I don’t want to carry two charging cables. And let me remind you of the lack of carrying case.

Realme has done many things right in these new earbuds. They are ergonomic. The vibrant colors should appeal to the millennial lifestyle. They have put more thought into the magnet buds. There aren’t major problems at the audio end too. Bass gets precedence.

So summing up, these are a decent pair of earphones to own. They may be heavy on bass but are light in weight and on the wallet. And as such, we look forward to more products from Realme’s audio portfolio.

“Bro, which truly wireless earbud should I go for?” Lately, I’ve been asked this a lot. Well, it’s for obvious reasons – these tiny buds look cool, are comfortable to wear, and easier to carry around. Not too long ago, you’d have to spend a chunk for a fine TWS pair. But now with the …

Realme Buds Air 3S Review: An elegant TWS for all your audio needs

No, you can pair it with Xiaomi, Samsung or other phones.

My wireless buds from realme has this major issue that it’s microphone is not working. I’ve got a replacement of but after a single week use it’s dead again. Also the earphone I got after replacement had very bad battery backup and sound volume. A huge thumbs down to realme👎😡

same with me mine realme buds wireless earphone’s mic is also not working properly and i ordered it from flipkart they sent a technician and he refuse to approve the return req he said ‘ye to aise hi aate h’ and he left. i was shocked after seen the service of flipkart. i loss my 1800rs. or wasted. Now i will never go to order any electronic device from flipkart because if i get some issue with product and i request to refund or replace they will say ‘ye to aisa hi aata h’.

Is there any mute button..so when in calls mute it, if not talking 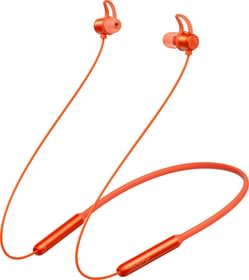 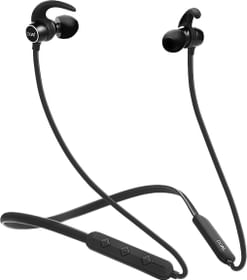