Realme started its journey 18 months ago in India and since then it has made enormous strides to become one of the top four smartphone brands in India (as per the latest IDC numbers). Up until last month, Realme had already launched 9 smartphones in India. With the addition of Realme X2 Pro and Realme 5S to their portfolio, they are showing no signs of slowing down. (Realme 5s review हिंदी में पढ़िए)

Out of these two newly launched smartphones, the Realme 5s, is an upgrade to Realme 5 (review) which was introduced a few months back, but both of these phones will co-exist. The new Realme 5s offers better camera hardware and slightly better performance hardware.

With a starting price of 9,999, the Realme 5s will be up against the Redmi Note 8. We are now done testing. Read on our Realme 5s review for more details!

The Realme hasn’t really reworked the design with the 5s. Just like the Realme 5, this one too has a diamond-cut pattern on the glossy polycarbonate back and you may buy the 5s in Crystal Blue, Crystal Purple, and Crystal Red shades.

The quad-camera setup sits on the top-left corner and is slightly raised -something that the bundled TPU case can fix. This one has a fast and reliable capacitive fingerprint sensor and it’s positioned exactly where our index finger naturally rests.

The front is mainly dominated by a Gorilla Glass 3 -shielded display. The selfie camera is housed within a tiny notch and the phone has a screen-to-body ratio of 89% or, in other words, the bezels surrounding the screen are pretty narrow.

No, there’s no official IP rating, but Realme says it has sealed all the ports for water and dust resistance.

Like most phones these days, the Realme 5s is moderately heavy, but it’s still lighter than what you’d expect of a 5000mAh battery phone. Besides, the 3D curved design ensures a firm grip.

Our only major gripe is the regular USB port at the bottom. While not a deal-breaker, it certainly doesn’t sit well at the fag end of 2019.

Nothing seems to have changed from Realme 5 to Realme 5S in terms of display. Realme continues to offer a 6.5-inch IPS LCD screen. In light of fresh competition from Xiaomi and Vivo, we did expect the resolution to scale to Full HD, but Realme is sticking to HD+ for now.

Colors and contrast are pretty standard too. We can make out that the Realme 5s display isn’t as garishly blue as is often the case with affordable phones. Of course, you can make personalized adjustments from the setting menu.

For whoever wishes to know, Realme has skipped on the DRM L1 certification for this one.

In terms of performance, the 5S isn’t much different from its predecessor. The Snapdragon 665 chipset sits at the heart of it all. The RAM has been upgraded to 4GB for the base variant and this should prove to be an advantage in the long run.

The SD665 SoC is a moderately powerful chipset and it’s quite decent for the asking price. The phone managed to handle most of our daily needs rather well, and hopefully, that will remain true after many more weeks of usage.

One can also indulge in a bit of casual gaming. Like other SD665 phones, PUBG ran smoothly in balanced and medium settings.

The Android 9 based Color OS software is stable. Dark mode, Bluelight filter, game mode, and most other essential customization options are available out of the box. Annoying bloatware is a problem and pushes from rogue apps severely drag down the overall experience. Hopefully, Realme will fix these issues with the impending Color OS 7 upgrade.

Moving on, let’s now get to optics – an area that sees a healthy upgrade over the Realme 5. Continuing with the quad-camera theme, the Realme 5s quad rear camera module is led by a 48MP Samsung GW1 sensor. The remaining three rear cameras are an 8MP wide-angle sensor, a 2MP macro sensor, and a 2MP depth sensor. Like other 48MP sensors, this one also delivers best results in the auto mode where it combines 4 tiny pixels to one in order to output sharper, detailed 12MP shots.

These hardware improvements do result in better images. Shots we took in proper outdoor lighting were mostly well balanced and had ample details.

In HDR capture, we noticed some blooming around highlights.

By default, the Chroma Boost is turned on which bumps up saturations a tad too much. Those who prefer saturated images will love color boosted images.

The 8MP ultra wide-angle sensor captures a larger area but there is slight distortion around edges.

The Nightscape 2.0 is quite effective in clicking images in low light conditions but still doesn’t work as dexterously as on other Realme phones.

Under the hood, there’s a massive 5000mAh battery but with a paltry 10W adaptor, charging is painfully slow. Once fully charged the Realme 5s comfortably lasts for more than a day for an average person on regular usage. Support for even the low-end VOOC fast charging would have made this phone a lot more interesting.

The Realme 5s is meant to keep the 5 relevant for more time to come. It gets quite a few things right, but don’t expect a generational evolution. The starting price of Rs. 10,000 is quite aggressive and makes it easier to overlook many of the Realme 5s imperfections.

With this phone, Realme is taking the fight back to Xiaomi’s Redmi Note 8. The real challenger, however, will be the Vivo U20.

The handset offers a decent set of cameras, a very assuring battery mileage and is a consistent performer. All of these positives make it a decent alternative to the Redmi Note 8 and the Vivo U20.

Realme calls X2 Pro (review) as the “ultimate flagship device of the year by them”. A month back, the device went official in China and the spec sheet did resemble that of a flagship. Snapdragon 855+, 90Hz AMOLED display, 64MP camera, and a 50W VOOC charging support to name a few of its spec. So, … 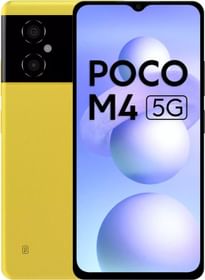 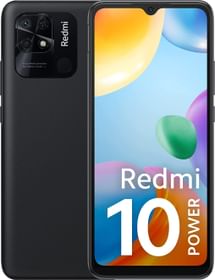