Oppo has been teasing its new Essential phone style notch for which it coined a new marketing word  – “Waterdrop” style notch. The company seems to be really upbeat about the new tiny notch. Apart from the recently teased F9 and F9 Pro smartphones, the new ‘Waterdrop notch’ is all set to feature in the Oppo R17 as is evident from new sets of leaked images and front panel of Oppo R17.

According to the Oppo R17 leaked mage, it is likely to feature vertically aligned dual-rear camera combo, along with a fingerprint sensor on the rear panel of the phone. The front camera is there within the notch. The gradient coloured display could have a symbolic amount of bezel element on its chin, and notably a Qualcomm Snapdragon 670 processor could be running the phone.

The news about Oppo R17’s pro version has already been gaining grounds, prior to the launch of its basic version. According to the reports, the pro version might come bundled with a Snapdragon 710 processor, NFC, a flash charger, water-resistance feature, and a f/1.4 aperture for the camera sensor.

Thanks for the tip MadSimar

Oppo R-series Phones Could Launch In India On November 30

Oppo had launched R17 series phones in China earlier this year. Now Oppo is planning to bring these smartphones to the Indian market. In a tweet made by Oppo Mobile India, they emphasized on launching an R series phone in India. Going by the industry sources, the new Oppo phone could launch by the end …

Corning has launched their next generation of Gorilla Glass last month. This revival comes almost two years after Gorilla Glass 5 was announced. Unlike the previous variant, Gorilla Glass 6 is made up of a completely new composition that can withstand twice as many drops as the Gorilla Glass 5 while retaining the same level of scratch resistance. …

Oppo F9 Pro is all set to make its India debut on August 21 and its biggest attraction is going to be a water-drop notch display. Well guess what, its counterpart Vivo is not far behind. A few Vivo V11 images surfaced online on a Belarusian website and they show a waterdrop-like notch display. What’s new in …

Oppo Reno 9 series is all set to make its debut in the Chinese market on November 24th. The series consists of three new variants – Oppo Reno 9, Oppo Reno 9 Pro, and Reno 9 Pro+. Every other day, Oppo is revealing the details of the smartphones slowly, including the main highlights of features … 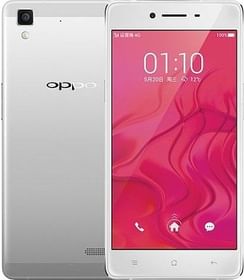 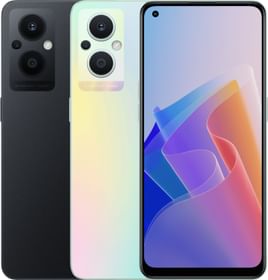