Lenovo rolled out invites for the announcement of its new S-series phone in China on March 20. The invite indicates that the handset is going to be both slim and durable. The invite reads ‘Think, it cannot be durable ???’ and has a Boxer Glove pic in the middle.

Interestingly, the invite also went on to reveal the name of the phone. Mr. Cheng Chang, Company’s CEO used an unannounced phone, Lenovo S5, for sharing the invite image on its Weibo account – Chinese social networking site. So the invite could be for the launch of Lenovo S5.

Mr. Chang Cheng post also revealed that the phone will have a good battery life and offer the best experience that everyone wants to have.

What’s more? If you have been following the Chang Cheng on Weibo you would know that in January he teased an image a Lenovo smartphone. The image showed the phone from the rear, which was curved and reflective. Now, if it is the same phone that is going to be launched on March 20 as Lenovo S5 expect the phone in Glass over Metal unibody design.

This is all we know about the upcoming Lenovo device, more information about its specs and features will be revealed in the coming weeks.

Lenovo Z6 Pro, K10 Note and A6 Note to launch in India on September 5

After a long hiatus, Lenovo will launch three new phones under its Lenovo brand in India on September 5. These include the Snapdragon 855 powered Lenovo Z6 Pro; K10 note, which is most probably the rebranded Z6 Youth; and A6 Note which should be the most affordable of the three.Lenovo Z6 Pro The Lenovo …

When Apple launched iPhone 14 series with a dynamic island for its Pro smartphones, Android users started looking forward to when it would be available for them. Seems like Xiaomi will be the first brand to end this wait. Xiaomi’s sub-brand Redmi is all set to launch the Redmi K60 Series of smartphones that are … 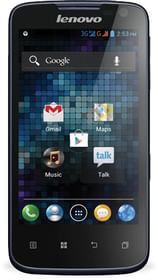