Huawei will launch its new and affordable Honor 10 Lite in China on November 21, and until the big day arrives, the phone is up for pre-order on the company’s official online store. Apart from the store listing, the Honor 10 Lite also showed up on certification website Tenna, revealing a few specifications

The Honor 10 Lite will be powered by Kirin 710 chipset – a 12nm process based chip that’s a healthy replacement to Huawei’s Kirin 659 but not quite comparable to Qualcomm’s similarly named Snapdragon 710. The phone will have GPU Turbo support out of the box, which essentially means you will see a performance boost while playing PUBG.

The teaser images show a flashy glass back with gradient color, fingerprint sensor, and dual rear cameras. That’s pretty much similar to what you get on most other affordable Honor or Huawei phones launched in 2018. According to Tenna listing, the handset has a 5.8-inch IPS LCD panel with 19:9 aspect ratio ( or, in other words, a notch at the top).

We don’t know anything about the camera specs, battery capacity, or Honor 10 Lite RAM and storage variants yet. Hopefully, this one will run latest Android Pie based EMUI 9 out of the box.

Will Honor 10 Lite make it to India? Well, it could. But it shouldn’t be a world apart from Honor 8X that you can already grab for a reasonable price in India.

Also check: Phones with Qualcomm Snapdragon 710 that you can buy

Huawei shipped more than 200 million phones last year, thus scoring a position among the top 3 smartphone vendors globally. In 2019, the company aims to rise to the number one spot and its affordable Honor line should particularly be significant in cracking markets like India. (Honor 10 Lite review हिंदी में पढ़िए) The first of …

Honor, the sub-brand of Huawei has helped the parent compete in the budget online segment in its native land as well as in India. New Delhi witnessed the launch of its latest Honor 10 Lite (Review) smartphone that runs the latest Android Pie based software, flaunts trendy design, and is powered by Huawei’s midrange Kirin 710 …

Realme is all set to launch its next flagship number series in the global market. The Realme 10 Series is expected to consist of 2 devices- the Realme 10 and the Realme 10 Pro Plus, both of which have been spotted on various certification websites. Now tipster Paras Guglani has claimed that the launch date … 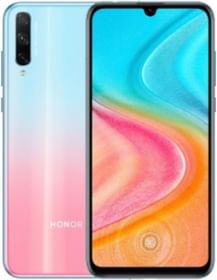