Google Pixel 7a has started making headlines in the last few days. The latest series of leaks suggest that we will get to see some flagship-level features in the device. Starting with the development in the camera department, the Google Pixel 7a could ship with a telephoto shooter, which is going to happen for the first time in a Pixel series smartphone. Not only this but it is also being said that the upcoming smartphone will have a premium body along with significant upgrades.

Reports also suggest that the Google Pixel 7a will come with a triple rear camera setup consisting of an ultra-wide angle sensor and two more. Deeping dive into the leaks, it was discovered that the smartphone would most probably flaunt a 50MP Samsung GN1 primary shooter. Apart from that, we can also get to see a 64MP Sony IMX787 telephoto shooter and a 13MP Sony IMX712 ultrawide snapper.

What else is on the cards?

The Google Pixel 7a will come with wireless charging tech support. Nevertheless, it will have a capacity of 5W only. The charging speed for the device is quite slow, which means the majority of the audience will not rely on wireless charging support. What we think is that this feature will be used possibly for charging devices like earbuds.

The Google Pixel 7a might ship with a ceramic body instead of plastic or any other build. The device may run on the Google Tensor T2 processor, which has been seen in other Google Pixel 7 series phones as well. Until now, only a limited amount of information is available on the internet regarding the handset. Speculations are that we will get to know more about the smartphone as soon as the launch date approaches.

Google Pixel 7a has been making headlines for a couple of months now as a few leaks revealed the features and specifications of the development. While the search engine giants have managed to keep the Pixel 7a under wraps so far, we at Smartprix collaborated with OnLeaks to share the very first glimpse of Google …

We have been hearing about the upcoming Google Pixel 7a a lot. Part of the Google 7 series, the 7a is an ‘A-series’ model from Google which ideally waters down a few features to reach affordable pricing. Turns out, Google Pixel 7a might do things differently as there are some premium features that it will … 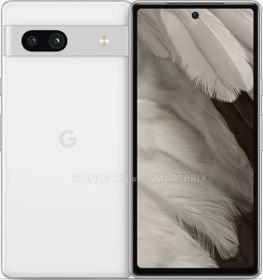