BalckBerry and other Android smartphones manufacturers may join hands at security front. BalckBerry is now willing to distribute its own security OS, called the BlackBerry Secure, which the company, so far, uses exclusively on its Android devices.

After Hardware, BlackBerry is now open to sharing its software

The troubled smartphone maker has been marketing its ‘secure’ software with DTEK security suite of apps and services to enterprises. Counting on it as its major strength, the company has been religiously serious about security, even pushing Google security patches timely to all its Android phones.

Earlier, the Canadian manufacturer let go of the hardware reigns and licensed its brand to three different OEMs. It will now start licensing its software expertise to other Android manufacturers as well.

Will Android OEMs be interested in using BlackBerry Software?

Well, it takes a great deal of effort to develop and nurture a custom ROM. That’s one reason why many OEMs are now resorting to using of Stock Android on their phones, even those who already have their own software.

So, new entrants, who are looking for stock Android alternatives, might pick BlackBerry’s ROM as an option.

Will BlackBerry handle updates for all phones using the BlackBerry Secure software?

This isn’t clear yet. We are not sure if the licensing deal includes only BlackBerry suite of security apps, or also require it to keep pushing updates and security patches. More will be clear when partners officially release these phones.

The company’s Senior Vice President, Alex Thurber, said, “We have a number of different contracts that we are working on right now. We expect some to be announced soon. We have an agreement with Optiemus for the India market for BlackBerry Secure.”

Optiemus is one of the three companies – the other two being TCL and BB Merah Putih – licensing BlackBerry brand to sell their mobile phones, and the signed agreement says that a smartphone manufacturer can use the BlackBerry Secure feature on their smartphones.

Other than that the company is also planning to provide a secure operating system for Internet of Things (IoT) segment, such as televisions, wearables, and medical devices.

“We have already started talking to a couple of medical manufacturers. John Chen, BlackBerry CEO, had also talked about TVs – there is an amazing amount of products that run Android and since we are able to make a very secure Android, we think there are a lot of opportunities. We have a very specific plan and we are working to that plan,” Thurber said.

Update: The US Department of Commerce has granted Huawei a 90-day relief from the import ban. Meanwhile, Google will be giving software updates to Huawei for its Android phones and Huawei will receive other previously-ordered components from its suppliers. Huawei Global Smartphone business received a major blow as the search-giant suspended its relationship with the …

Finally, the Android 10 update is here for Android TV. Yes, months after its premiere, the latest OS update will start rolling out to Smart TVs, digital media players, set-top boxes, and soundbars. Besides the software refresh, Google has introduced a new streaming dongle for developers. Here are the details. Android 10 for Android TV …

Google made the Android 13 official earlier this week with a tonne of new updates and features onboard. Now that the OS is officially available, it is time for smartphone makers to get their hands on it and release the same across their portfolio of devices. With that being said, Motorola has finally joined the … 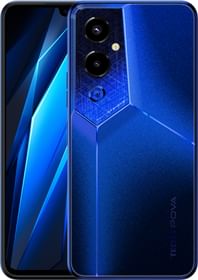