Aspirations of Young India are growing and so are the aspirations on smartphone manufacturers in India. Smartphone makers are now more confident about hitting the 25K ceiling, while tier 1 brands continue to trickle down flagship features to higher mid-range devices.

With a slew of options available under Rs. 25,000 it sometimes get messy for users to zero down to ‘that’ particular device with least compromises involved. To assist our readers in finding best value for money phone under 25K we have drafted a list top 5 phones under 25,000 available in India, which shall address the needs of most conventional buyers out there.

Lenovo Vibe X3 is one of the rare phones which ticks almost all the right boxes. The Lenovo Vibe X3 promises stellar multimedia experience with powerful audio oozing from dual-frontal speakers. Lenovo’s ‘Theatremax‘ for theatre-like VR experience is also baked in the software.

Besides the Vibe X3 offers capable innards, which makes it apt for all classes of users.  If you have 20K rupees in your pocket, you can invest it on Lenovo Vibe X3 and you won’t regret it.

Since its inception, Xiaomi has decided to shed its ‘budget smartphone maker’ image and step up into the big boyz league. After having a dull 2015, the Chinese smartphone manufacturer Xiaomi has come out with its costliest device in India till date – the Mi 5.

Xiaomi Mi 5 is the first smartphone to bring Qualcomm’s best, the Snapdragon 820, to India and that too for a very reasonable price. Yes, the one selling in India is the lowest of the three available Mi 5 variants, but the difference isn’t very well pronounced for basic users. Other enticements include capable camera with 4 axis OIS, a beautiful and compact design and fast UFS 2.0 internal storage.

OnePlus won thousands of fan with its very first device, and has successfully retained their loyalty ever since. In 2015, company launched OnePlus 2 as its ‘2016 flagship killer’ which is frankly holding well even today. It isn’t a flagship killer by any yard stick, but still has enough meat to make it to our list.

OnePlus 2 have lots of things going right. It has got elegant looks with capable innards, Fingerprint sensor, OIS, cool swappable back cover options, which helps it nudge past other competitors. Also, the recent price cut works as icing on the cake.

Key features and specifications of OnePlus 2:

Another highly recommended cool phone under the budget of 25,000 INR is Honor 7. It is a child of Huawei sub-brand Honor which doesn’t evoke same emotions among fans like its compatriot OnePlus and Xiaomi but has crafted a niche for itself with impressive smartphones.

Honor 7 is one such example of their dexterity. It has got a well thought-out design, decent cameras (selfie camera has its own flash), an accurate fingerprint sensor and customization options on EMUI (updated to Android Marshmallow) makes it a value for money smartphone.

Key specifications and features of Honor 7:

Samsung has been ruling the roost in Indian smartphone market for some time now. Consumers value Samsung branding and the south-Korean giant obliges with an extensive portfolio spread across all price ranges.

This option will make sense if you are looking for a universally recognized brand. Samsung Galaxy A8 offers a premium and ergonomic design, impressive camera performance, remarkable battery backup and a fingerprint sensor.

Key specifications and features of Samsung Galaxy A8:

Samsung is gearing up for its first mid-range 5G smartphone launch in India with the Galaxy M42. The phone will debut on April 28 at 12 noon and the company has floated a product teaser page on Amazon. Here we have some key details about the device. Also, the latest round of leaks and tips …

The 5G auctions have already skyrocketed the hype around 5G connections in India. However, the companies have been producing 5G smartphones since a long time. As of now, there is a large portfolio of 5G devices in all the budget segments. Most smartphones in the range of Rs 15,000 to Rs 20,000 ship with the … 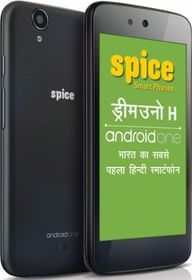