Realme has been reportedly prepping to introduce its next flagship Realme GT Neo 4 shortly in China. Even before, the launch timeline is announced officially, the Chinese micro-blogging site has several ports allegedly revealing key specifications of the Realme GT Neo 4aka OnePlus Ace 2.

The specs of what would presumably be the Realme GT Neo 4 were shared on Weibo by the tipster Digital Chat Station. Though DCS doesn’t divulge any name, the source claims the device to be a competitor to the upcoming Redmi K60 thus hinting it to be Realme GT Neo 4. Also, speculations strongly suggest that the OnePlus Ace 2 sport a similar set of features but with a different design concept.

As per Digital Chat Station, the upcoming Realme GT Neo 4 / OnePlus Ace 2 will arrive with a 6.7-inch OLED display and a 144Hz refresh rate. The panel will support 1.5K resolution (2772x1440p) and 2160Hz PWM dimming. The device will be powered by Qualcomm’s flagship Snapdragon 8+ Gen 1 chipset. Both handsets will boot on Android 13 topped with respective custom UI, out of the box.

ALSO READ: Amazon Prime launches Mobile Plan for Indian Viewers: Here’s what users will get and miss out on

Coming to the camera features, GT Neo 4 or Ace 2 will sport a 50MP Sony IMX890 primary sensor, an 8MP secondary and a 2MP tertiary sensor on the back. Upfront, it will house a 16MP front camera unit. The upcoming Realme and OnePlus devices are said to pack a 5000mAh battery with 100W fast charging support.

Tech giant Realme is working on the next in the GT Neo series. The brand is all set to launch the Realme GT Neo 4 smartphone soon. Last year, the company launched GT Neo 2 in September and this time, it seems like the GT Neo 4 will go official in October in China. Realme … 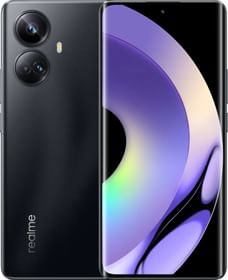