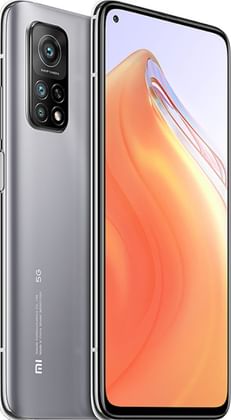 Read More
This is an Upcoming Mobile Phone. Xiaomi Redmi K30S is expected to launch soon.
Set an Alert to know when it launches.
₹27,999
Search 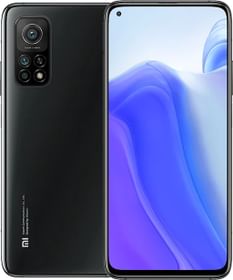 Xiaomi presents Redmi K30S targeting mid-range smartphones lineup. Redmi K30S comes alongside its existing siblings Redmi K30 and Redmi K30 Pro. Under the hood, Redmi K30S has a premium Snapdragon865 SoC with 8GB of RAM and 128GB of internal storage. For optics, the phone sports a 64MP triple rear camera set up and a 20MP punch-hole camera. The smartphone is backed by a big 5,000mAh battery and supports a 33W fast charger. Let’s read about Redmi K30S in detail and you decide if the phone is worth buying.

Xiaomi Redmi K30S is fitted with a 6.67-inch color IPS LCD display with a punch-hole notch. The screen comes with a Full HD+(1080x2400px) resolution and a pixel density of 395PPI. The display has fewer bezels around with a slim notch at the bottom, which results in more display for better viewing. Also, the aspect ratio is 20:9, which means more screen for entertainment.

Redmi K30S comes with a 20MegaPixel punch-hole camera for selfies and face unlock. On the rear side, a rectangular camera bump houses triple cameras with -LED flash. A 64MP primary camera is followed by a 13MP ultra-wide camera and a 5MP macro sensor with autofocus completes the setup. You may capture decent pictures with the combination of these various cameras. As far as the video recording is concerned, you can record UHD 8K videos @24/30fps using the primary rear camera.

Xiaomi Redmi K30S has a premium Snapdragon865 SoC. There are 8-performing cores with 8GB of RAM that ensures better multitasking and background performance. There’s an Adreno650 GPU that takes care of the graphic performance for the demanding apps and games. The smartphone runs on the Android 10 operating system out of the box. User-friendly sensors like Compass, Accelerometer, Gyroscope, Proximity, and Barometer are present to better user experience.

Xiaomi Redmi K30S is backed by a big 5,000mAh battery with support of a 33W fast charger out of the box. The battery size is ample and based on that, a full day of power backup is expected under normal usage on the phone. With the help of a fast charger, you’d be able to get back quickly on the screen.

Xiaomi Redmi K30S has 128GB of internal storage capacity. You may use the internal storage for stuffing apps, games, videos, music, photos, movies, etc. A reminder that the phone lacks an extra card-slot that helps in expanding the storage more.

Write a Review
4.7
62 ratings
Be the first to write a review
WRITE A REVIEW →

How much is the battery capacity of the Xiaomi Redmi K30S?

The battery capacity of Xiaomi Redmi K30S is 5000mAh.

What would be the processor of Xiaomi Redmi K30S?