Read More
This is an Upcoming Mobile Phone. Sony Xperia 5 II is expected to launch soon.
Set an Alert to know when it launches.
₹69,990
Search

Sony Xperia 5 II is the successor to the Xperia 5. Sony Xperia 5 II is a high-end flagship-grade smartphone with cool features onboard. The panel on the phone is a compact 6.1-inch OLED display with FullHD+(1080x2520) resolution. Adding to the camera side, there’s a set up of 12MP triple rear cameras and an 8MP front shooter. For the performance, the phone houses Qualcomm’s premium Snapdragon 865SoC integrated with 8GB of RAM and 128GB of onboard storage. Under the hood, the phone has an average 4000mAh battery with fast charge support. Let’s read more about Sony Xperia 5II in detail and see what more it has to offer.

Sony Xperia 5 II comes fitted with a 6.1-inch OLED multitouch display. The panel has FullHD+ resolution(1080x2520px) with a pixel density of 449PPI. The display is expected to produce sharp and detailed visuals with the given configuration. Also, this is an HDR10+ display that makes vibrant colors for better viewing. The display has a compact size with an aspect ratio of 21:9.

Sony Xperia 5 II brings a 12MP triple rear camera setup supported by Zeiss optics. A 12MP(f/1.7) primary camera is followed by another 12MP(f/2.4) Telephoto sensor, and the last one is a 12MP(f/2.2) Ultra-wide camera that captures more pixels in the frame. For selfies and video calls, you get an 8MP(f/2) camera. As far as the recording is concerned, you may capture UHD 4K videos @30fps using the main rear camera.

Sony Xperia 5 II runs on the Android 10 operating system. Under the hood, the phone houses Qualcomm’s Snapdragon865 SoC with 8-performing cores that clocks at a speed of2.84GHz. For handling the background and multitasks, it has 8GB of RAM, whereas Adreno650 GPU manages the graphic demands for the demanding apps and games. Userfriendly sensors like Accelerometer, Gyro, Proximity, Barometer, Compass, Color Spectrum are present.

Sony Xperia 5 II has an average 4000mAh battery underneath. The battery size seems a bit smaller compared to the screen it has. The phone supports fast charging out of the box.

Sony Xperia 5 II offers 128GB of internal storage quota. This storage is ample and may satisfy buyers who look for more internal storage. Also, the phone has a Hybrid-card slot that can be used to expand the storage more.

The connectivity options of Sony Xperia 5 II include 3G, 4G VoLTE that enables HD voice and video calls on supported Jio networks, WiFi, Bluetooth v5.0, USB v3.1 Type C port. For sharing small amounts of payloads, it has NFC. For online navigation, the phone is supported by constellations like GPS with A-GPS, Glonass, Galileo, and BDS.

Write a Review
4.5
81 ratings
Be the first to write a review
WRITE A REVIEW →

How much is battery capacity of Sony Xperia 5 II ?

The battery capacity of Sony Xperia 5 II is 4000mAh.

What would be the Indian price of Sony Xperia 5 II?

When Sony Xperia 5 II is launching?

OnePlus’ first-ever tablet – the OnePlus Pad, will officially arrive in the global market on February 7th. We already saw a tonne of teasers originating from OnePlus itself as well as Evan Blass and other tip…

In shocking news, Apex Legends Mobile, the game that won the best game of the year 2022 on both the Apple App Store and Google Play Store, will be shut down this year. Electronic Arts (EA) have decided to kil…

OPPO Reno8 T has been officially announced in India. It was in the news for over a month, with several leak masters claiming it to be a 4G phone. Most of them turned out wrong, as the device that just landed … 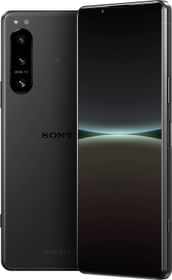