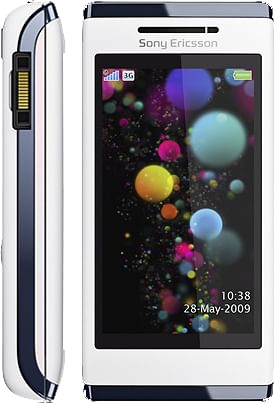 Read More
This Mobile Phone is Out of Stock.
Set an Alert to know when it comes back in stock.
₹16,995
Search

Sony Ericsson Aino U10i is currently not available in any stores.

#ExpertReview
By GSM Arena • 12 years ago
Rethink and renew is what Sony Ericsson are quite keen to do and the Aino is among the agents of change. Perhaps it doesn't have a stronger case for innovation than the Satio and the X10, but staying in touch with history is just as important. Obviously, part of Aino's responsibility is to carry on a tradition of feature phone excellence that climaxed in the Sony Ericsson C905 and W995.

Cybershot and Walkman are still magic words in the world of mobile phones. And Sony Ericsson continue to exploit that sort of in-house cross branding. But this time it's PlayStation making hype around the new wave of Sony Ericsson handsets.
Read Full Review →
VIEW ALL EXPERT REVIEWS (6) →

Write a Review
2.6
17 ratings
Be the first to write a review
WRITE A REVIEW →