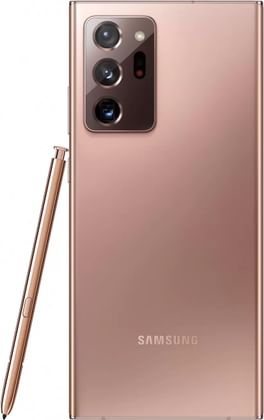 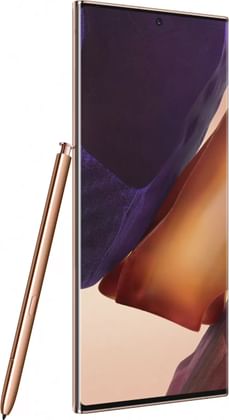 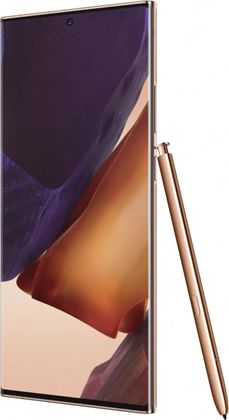 Read More
This Mobile Phone is Out of Stock.
Set an Alert to know when it comes back in stock.
₹52,994
Search

Galaxy Note 20 Ultra 5G includes a color Dynamic AMOLED 2X capacitive touchscreen. The phone is fitted with a tall 6.9-inch QHD display with an infinity notch. The resolution of the panel is 1440x3088 with a pixel density of 494PPI. The display is expected to produce sharp and detailed visuals. Also, the display is HDR10+ compliant which is to say, buyers may expect movies and videos to be displayed with great detail and vibrant colors. For biometric security, the display features an in-display fingerprint sensor. The aspect ratio of the phone is 19.3:9 with a screen-to-body ratio of 92.5%. The display has minimum bezel around with more screen, which means you’re getting a bit more screen for the entertainment. The panel has a protective layer of Gorilla Glass Victus.

Galaxy Note 20 Ultra 5G runs on the Android 10 operating system based on Samsung’s OneUI 2.5 interface. The phone is powered by a 7nm+ processed Exynos 990 chipset with 8-performance cores that clocks at a speed of 2.73GHz. This SoC is comparable with high-performer Snapdragon 865 and MediaTek dimensity 1000+chipsets. For handling the demanding applications and the background tasks the phone has 12GB of RAM, while a powerful Mali-G77 MP11 GPU(comparable to Adreno 650) takes care of the graphical performance for the demanding applications and high-end games.
Expecting “high-performance gaming and class-leading performance” is something buyers may look for on this phone.

On the rear-side, Galaxy Note 20 Ultra 5G has a square bump that houses 108M triple rear camera set up with an LED flash. The 108MP main camera is followed by a 12MP( f/3.0) periscope telephoto camera up to 5x optical zoom and 50x hybrid zoom, and a 12MP ultra-wide camera with 120˚ of field view. The front side of the phone holds a 10MP( f/2.2)sensor with autofocus for capturing selfies and video calls. As far as the video recording is concerned, you can record UHD 4K videos at 30/60fps using the rear cameras of the phone.

Under the hood, Galaxy Note 20 Ultra 5G has a 4,500mAh battery that supports a 25W fast charger out of the box. As per some reports, the battery is claimed to go from zero to 50% in 30 minutes of charge. Also, Note 20 Ultra 5G supports wireless charging.

Samsung Galaxy Note 20 Ultra 5G has ample 256GB of onboard storage capacity. This adds to satisfy buyers who look more internal storage. Also, the phone has an extra hybrid-card slot.

OTT Platforms have become a significant source of entertainment for Indian consumers who want to watch new content every day from the comforts of their homes. January 2023 saw many shows and movies streaming … 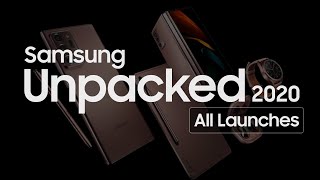