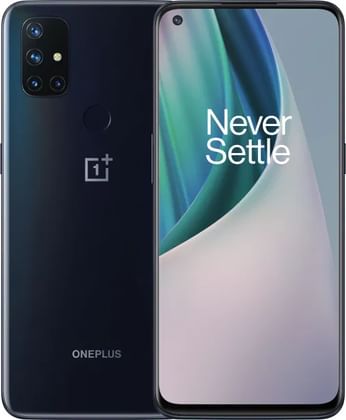 Read More
This is an Upcoming Mobile Phone. OnePlus Nord N10 is expected to launch soon.
Set an Alert to know when it launches.
₹25,595
Search 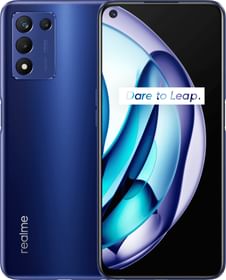 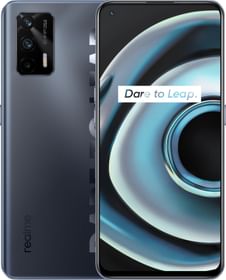 OnePlus released its affordable pair of smartphones OnePlus Nord N10 along with OnePlus Nord N100. OnePlus Nord N10 brings a 6.4-inch FHD+ punch-hole display with a 90Hz of refresh rate. On the optics side, the smartphone carries a 64MP quad-rear camera setup and a 16MP camera inside the punch-hole. For performance, the phone houses a Snapdragon690 5G powered chipset integrated with 6GB of RAM and 128GB of UFS2.1 storage. Let’s read more about OnePlus Nord N10 in detail and see how the phone performs.

OnePlus Nord N10 employs a 6.4-inch color IPS LCD multitouch display. The panel has an FHD+ resolution of 1080x2400px with a pixel density of 406PPI. The aspect ratio of the phone is 20:9 with more than 83% of screen to body ratio. Also, the display has fewer bezels around with a punch hole notch. Based on the screen configuration, the display is expected to produce decent visuals with the given PPI.

OnePlus Nord N10 sports an L-shaped quad rear camera setup backed by an LED flash. The primary 64MP camera with an aperture f/1.8 is followed by an 8MP ultra-wide camera, a 5MP depth sensor, and a 2MP macro camera with autofocus. The smartphone offers multiple cameras that can be used to create decent images. Also, the camera app has features such as face detection, autoflash, digital zoom, and touch to focus. For assisting selfies and video calls, there’s a 16MP punch-hole camera with an aperture of f/2.1. The phone supports FullHD recording and can record FHD1080p videos @30fps.

OnePlus Nord N10 runs on the Android 10 operating system with custom UI OxygenOS 10.5 on top. Under the hood, the smartphone is powered by an 8nm Snapdragon690 5G chipset with 2GHz octa-core processors. The chipset improved performance over its predecessor and is the first 5G chipset in 6-series. For the background and multitasks, it depends on reliable 6GB of RAM, whereas Adreno619L GPU that offers up to 60% faster graphics rendering compared to the Snapdragon 675 Mobile Platform. Nord N10 features a side-mounted fingerprint sensor and supports face unlock.

OnePlus Nord N10 is backed by a 4,300mAh Li-Po battery underneath. The battery size is compatible with the screen size it has. Also, the phone supports a 30W fast charging system out of the box. Judging upon the battery size, a full day of power backup is expected under average usage on the phone.

OnePlus Nord N10 comes with massive 128GB of UFS2.1 storage capacity. UFS 2.1 offers 850/250 Mbps for reading and writing. The storage capacity is ample and can be used for storing apps, games, videos, music, photos, and other files.

OnePlus Nord N10 has the usual sets of connectivity options that are 3G, 4G, and VoLTE that enables HD voice calls and video calls on supported Jio networks. Adding more, it has WiFi, Bluetooth 5.1, and USB v2.0 with Type-C charging port. For online navigational support, the phone features GPS with A-GPS and GLONASS.

Write a Review
4.6
97 ratings
Be the first to write a review
WRITE A REVIEW →

What would be the Indian price of OnePlus Nord N10?

How much is the battery capacity of the OnePlus Nord N10?

When OnePlus Nord N10 is launching?

When it's launch in india

OnePlus Nord Watch Launched in India: Everything You Need To Know

You might have heard a lot about the OnePlus Nord Watch. In fact, the Chinese brand has been teasing the watch for some time now. Cut to October 4th, it has officially launched in India with its 1.78” AMOLED …

OnePlus has finally launched the first smartwatch in the Nord lineup in India dubbed OnePlus Nord Watch. The new Watch is a product addition to Nord’s affordable portfolio after Nord Buds and Nord Buds CE. On…

OnePlus has already started 2022 with a bang by launching OnePlus 9RT in the first month of the year itself. Now it is gearing up for some more action with OnePlus Nord 2T and Nord CE 2 as they are reportedly… 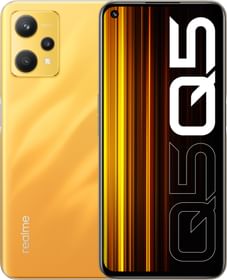 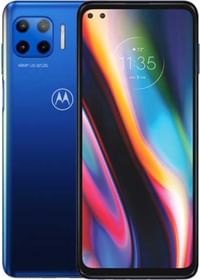