LG W11 price in India starts from ₹6,990. It was available at lowest price on Amazon in India as on Jan 29, 2023. Take a look at LG W11 detailed specifications and features.

Read More
This Mobile Phone is Out of Stock.
Set an Alert to know when it comes back in stock.
₹6,990
Search

LG W11 smartphone is an entry-level Android smartphone from the house of LG. The smartphone brings a 13MP dual-rear cameras and an 8MP front camera. It comes fitted with a 6.5-inch HD+ display with a waterdrop notch. LG W11 packs a 4,000mAh battery backed by an Helio P22 SoC with 3GB of RAM and 32GB of storage. Let’s read more about it and see how LG W11 performs.

LG W11 smartphone includes a 6.5-inch HD resolution display with 720x1520px. This a color IPS LCD display with a waterdrop notch. The aspect ratio of the phone is 18.9:9 with more than 76% of screen to body ratio. The pixels on the display sit at 295ppi that may offer decent images. Judging upon the screen configuration, it is expected to produce sharp and detailed visuals.

LG W11 comes with 13MP dual rear cameras backed by an LED flash. A 2MP depth sensor with autofocus is coupled with a 13MP primary camera that comes with an aperture of f/1.8. The cameras may sort out basic photography. Also, decent and portrait shots can be captured using the depth sensor. The phone has an 8MP camera for assisting video calls and selfies. It supports FHD video recordings @30fps.

LG W11 smartphone is backed by an entry-level MediaTek Helio P22 octa-core processor integrated on a 12nm processed chip. The smartphone runs on the Android 10 operating system backed by 3GB of RAM that takes care of the background performance. The graphical input of the phone is handled by a PowerVR 8320 GPU. User-friendly sensors like Accelerometer, Proximity sensor and Light sensor are present.

LG W11 smartphone is backed by a 4,000mAh Li-Po battery inside. The battery size seems reasonable with the screen size of the phone. Based on the battery size, a full day of power back up is expected under average usage. The phone supports proprietary charger support out of the box.

What is the display type of LG W11?

The display type of LG W11 is IPS LCD.

How much is the battery capacity of LG W11?

What is the Indian price of LG W11?

When LG W11 is launching?

Good stack android mobile with out any ui , battery is amazing, mobile is slim, Sometimes watching YouTube it ejects

LG has been a pioneer in display panel production for a long time now. Now, the brand is back with the panel that could be the future of the upcoming iPhones. In a revelation today, LD suggested that it has c…

LG Display shows off 12" display that can stretch by 14"

Can you stretch your phone’s display? Perhaps you can if you buy a phone with a bigger screen than before but there’s no way you can stretch it. Well, that’s where LG Display is making a monumental shift with… 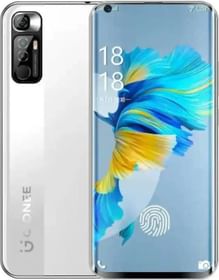