Huawei Honor 8X price in India starts from ₹9,490. It was available at lowest price on Flipkart in India as on Sep 28, 2022. Take a look at Huawei Honor 8X detailed specifications and features.

Read More
This Mobile Phone is Out of Stock.
Set an Alert to know when it comes back in stock.
₹9,490
Search 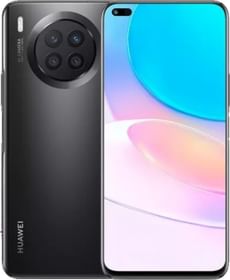 #ExpertReview
By Smartprix • 3 years ago
The Honor 8X is quite manageable in spite of the large 6.5-inch display. The in-hand feel of the phone isn’t vastly different from other glass body Honor or Huawei phones we have used this year. As a distinguishing element, the back has dual texture. You can’t feel this texture as it’s underneath the glass. It’s more noticeable when you use the phone without a case, which is not very convenient since the glass back is prone to smudges. The Honor 8X runs Android 8.1 Oreo-based EMUI 8.2 software out of the box. The custom skin is feature rich to an extent where it gets a bit overwhelming. It’s still quite stable and efficient, though.The Honor 8X has a dedicated card slot that can accept up to 400GB of microSD storage. The Kirin 710 chipset is a noticeable improvement over the Kirin 659 that Huawei used on all its mid-range phones last year. The 12nm process based chipset has four Cortex-A73 cores clocked at 2.2GHz and other four Cortex-A53 cores ticking at 1.7GHz. It still isn’t as powerful as analogous Qualcomm alternatives like Snapdragon 660 octa-core chipset.
Read Full Review →
VIEW ALL EXPERT REVIEWS (1) →

Not a good package

Huawei is one of the leading brand in Android market, Huawei launched honor smartphones back in India to capture the budget oriented market, Definately The phones looks good and somewhat different from others Honor 8x was launched recently with Very good onpaper specs but what if we use it in daily life, Let's see. I purchased it back in April and after using it constantly i got through some points 1. CAMERA is good in Day light conditions and works well with AI mode bht not the best 2. PUBG Gameplay is Good 3. Display is not Crisp and Colours are somewhat washed out, 4. 4GB ram does not works well, and sometimes apps are closed in background and its too Irritating 5. Battery is good. Overall Not the best device In market But definately it looks Great in the Glass Body. Google has boycotted honor from receiving future android Updates.

this phone is value for money. camera is super best not like iphone quality its far better then that. speed is good with 4gb ram 64gb internal fills your memorable moments in one package. display is crisp and clear.

Redmi note 6 Pro is the better bet, next choice is Real me U1

Is it support 4k?

Which colour is best in honor8x

Does honor 8x a water-resistant phone?