This year we have seen different shapes and sizes of notches and motorized modules housing the front camera. But as is true for any other tech verticle, this camera arrangement will also undergo a change. Enter: an in-display camera! This might be the next best solution to grace a smartphone’s face.

Xiaomi and Oppo were the first ones to announce their initiation towards this tech. And as you already know, Oppo has given a glimpse of its prototype.

On the other hand, Xiaomi is oddly tight-lipped. However, a recent patent draws how Xiaomi in-display camera might pan out.

Xiaomi has allegedly acquired a new patent called “Display Structure and Electronic Equipment” from the US Trademark and Patent Office. While the patent dates back to May of 2019, the same was published on December 5.

Its implementation might take a layered approach as you see in the following image.

So, we may witness the unveiling of Xiaomi’s specimen soon. After all CES 2020 is around the corner. In fact, a “Special Product Launch Event by Xiaomi only for innovations” has got leaked.

When you tinker with the above photo’s exposure levels, a hidden “MIX” inscription appears (and we think you should take this stunt with at least a table-spoon full of salt)

So, one may infer this as a Mi Mix phone’s launch teaser, since Xiaomi’s Mix series is known for its experimental DNA. Take the Mi Mix Alpha for example. But as it was launched just a few months back, a new Mix phone seems less likely. Let’s wait and watch.

Over the last couple of years, we have seen the smartphone face evolve with fast-changing trends — from a full-fledged top bezel to an iPhone-ish notch to tiny cutouts of different shapes and sizes. But, regardless you are team no-notch or someone who doesn’t mind the barren black patches, a truly full-screen future is coming. …

Update: Hours after Oppo exhibited its under-display camera, Xiaomi posted Mi 9 variant with their take on the technology. Update: Oppo headlined the MWC Shanghai 2019 stage with it’s under screen camera technology. Oppo becomes the first one to show a working under-display selfie camera. The company showed off the new technology via its official Twitter … 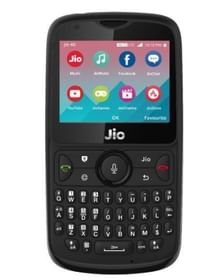