Not so long ago we talked about Mi 9, covering all the expected features and hardware specifications. Now, a Xiaomi smartphone with the model number M1902F1T presumably Mi 9 gets certified by TENAA. Back in January, this and another handset with model number M1903F2A had received radio transmission certification in China.

ALSO READ: 10 Upcoming Xiaomi Phones To Look Out For In 2019

The tech circle anticipates this to be the oncoming crown jewel of Xiaomi, since Mi 9’s predecessors, Mi 8 and Mi 8 SE, had similar model numbers.

A few weeks back, an image surfaced showcasing the purported Mi 9 apparently with a triple camera set up at the back. The leaks hint at a 48-megapixel Sony IMX586 primary sensor paired with a 12-megapixel secondary sensor and a 3D ToF sensor. The notched facade could house a 24-megapixel Sony IMX576 sensor.

Mi 9 could flaunt a 6.4-inch AMOLED panel with a waterdrop notch. Xiaomi could borrow the Mi 8 Screen Fingerprint edition’s in-display biometric solution. Xiaomi’s Product Director Wang Teng Thomas revealed that the person who designed Mi 6 helms the design department of this phone. That’s definitely welcomed due to the marvy design of Mi 6.

Another leak presented the Geekbench listing of Cepheus which is speculated to be the same handset. It could carry 6GB RAM and a flagship Octa-core Qualcomm Snapdragon 855 SoC. The storage could touch 128GB while the device could be running on Android 9.0 Pie with the latest MIUI skin.

Unlike the precursors Mi 8 regular and SE edition, Xiaomi is likely to launch Mi 9 in February. And we can’t wait to witness what Xiaomi has up its sleeve.

Mi MIX Fold, new Mi 11 phones, and a computer chip on Mar 29; Also, Xiaomi EV is reportedly in the works

Xiaomi is all set to launch a series of products in its Mega Event scheduled for March 29. As we are nearing the date, a new revelation has confirmed that a Mi MIX series phone, possibly foldable, and the company’s in-house developed, Surge S2 computer chip will also be part of the event. In other …

With new OLED-enabled models, Xiaomi has updated its line of smart TVs. The new Mi TV 6-series comes with a high contrast ratio, HDR10+, and “True 10-bit” color. The new Mi TV OLED 77 model, meanwhile, has Harman Kardon-tuned speakers, high-wattage speakers, and a new specification in common with the Mi Mix 4. Features of …

We have already reported about how Xiaomi is all geared up to launch the next flagship series, the Xiaomi 13 Series in their home country on the 8th of December. The series is expected to come to India soon and now a huge development has been seen in this regard. The Xiaomi 13 Pro model …

Oppo recently launched the Reno 9 Series which includes the Oppo Reno 9, Oppo Reno 9 Pro, and Oppo Reno 9 Pro+ in China. The global launch is yet to take place but before that, it seems that the Reno 8 series will get a new member. The Oppo Reno 8T has been spotted on … 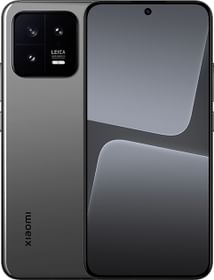 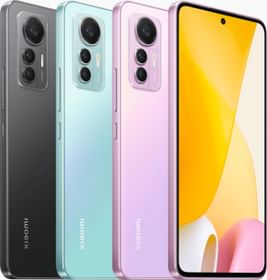 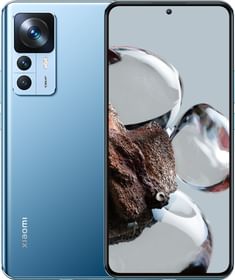