Windows 10: A New DNA For Smartphones

Microsoft has been the unrivaled king of the operating system universe. Starting with the earliest versions of Windows decades back, it continues to be the only popular and friendly choice available for the users when it comes to computers. For the last couple of years, the most trusted operating system provider, Microsoft has been providing the Windows O.S to the best-of-its-time mobile phone brand, Nokia, and later recently Microsoft had acquired Nokia to launch windows based smartphones, all belonging to the family called Lumia. The operating system began with Windows version 7, which was upgraded to Windows version 8 last year.

While there will be some new phones with already loaded Windows 10, there is an expectation of getting the upgrade for the smartphones running in Windows 8 platform. In one key change, some of the context-sensitive menus seem to be getting tweaked to more closely resemble the ones on the desktop and tablet editions of the new OS.

Another new option for Windows 10 on the phone would apparently allow you to split the keyboard in half so you can type with both your right and left hands. At the Windows 10 press event last month, Microsoft demoed the new OS on a Nokia Lumia 1520. Like Windows Phone 8, Windows 10 for phones still gives you access to apps and features via tiles. The apps you’ve most recently downloaded appear at the top of the screen. The Action Center offers you the ability to dismiss notifications, tasks and other items and syncs with those on your PC, so you don’t have to dismiss them both on your phone and PC.

The Windows 10 build download is available for technical preview for the following phones in India:

Here is how to download the Windows 10 build on these phones.

3. Here you’ll have to choose between receiving OS updates as they’re released or after some bugs have been fixed. Tap Insider Fast to stay on the bleeding edge or pick Insider Slow if you’d like a slightly more reliable build.

4. Take a look at all the warnings and then tap Accept.

5. Tap the Windows button on your phone.

Now you’ll be able to download the latest Windows 10 builds for your smartphone. Tell us about your experience with Windows 10 on mobile and PC via the comments on this blog.

Mudit Sharma
A tech expert with zeal to shoot a third-eye vision at tech updates and electronic gadgets.

Microsoft Windows 12 could roll out by 2024: Check expected features, pricing and more

Microsoft rolled out Windows 11 last year which is already available for most of the supported systems Now, it is being said that the company has already started working on the launch of Windows 12. The Windows has been possibly named Next Valley. In a parallel piece of information, the Windows 11 23H2 version has …

I have Nokia Lumia 630 and running windows 7. Recently I installed Windows 10 build for my phone as per your instructions and it’s being successfully done. Thanks, for sharing this wonderful post. 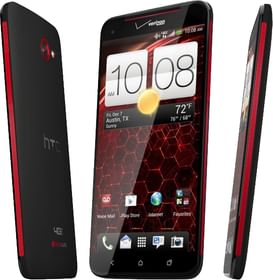