Finally, the speculation time is over. The South Korean giant has just unpacked its Bixby-powered smart speaker – the Samsung Galaxy Home alongside the Galaxy Note 9 and a new Gear Watch in New York. The Samsung Smart Speaker is pitched as a competitor to the Apple Homepod, Aisstant-driven Google Home, and Amazon Alexa Echo devices.

Well, that is what Samsung claims. come to think of it, Galaxy Home does have a slightly unusual design that appears to be inspired from a vase. The driver is wrapped in fabric and with its 3 metal legs, it won’t sit flush on the surface. Like the Google Home, it too has music and volume controls on the top surface of the speaker.

The Galaxy Home speaker claims to offer an audio experience similar to a surround sound setup. It packs 6 speakers and a subwoofer which pumps sound in all directions. Samsung has hidden  8 far-field voice recognition microphones inside to detect voice input with the hot word ‘Hi Bixby’ from a distance.

Samsung subsidiary AKG tuned the Galaxy Home speakers, while its another subsidiary Harman’s natural sound processing and sound steering technologies were used for a fuller surround sound and the sound output optimizations.

Samsung Galaxy Home and its Competition

The Galaxy Home debut is already well behind the competition. The Galaxy has the challenging times ahead as Google and Amazon have established themselves with an array of prominent wireless smart speakers in the budget category as well as a slightly expensive terrace.

Samsung hasn’t announced the Galaxy Home price for the Indian market or for any other market. The Company says it will reveal more about the smart speaker at its annual developer conference which will be held in November.

Samsung’s Bixby Key has been a vestigial extra for many consumers and it often gets in the way of doing things. Samsung earlier only allowed users to disable the key, but with the new OTA update for Bixby app, the option to remap the dedicated Bixby button has been added. However, this comes with some limitations, the …

The market for tablets has been continually shrinking, but Samsung is still registering growth in the segment and sporadically keeps addressing the need for portable extra-large displays. (Samsung Galaxy Tab A 10.5 (2018) review हिंदी में पढ़े) The South Korean giant recently launched a new A-series tablet, the Galaxy Tab A, which is a mid-range …

South Korean tech giant has finally confirmed the date of launch for the upcoming Samsung Galaxy S23 Series. The brand has sent out invites for an in-person ‘Unpacked Event’ that will take place on February 1, 2023, at 10 AM PST. The event will also be live-streamed online on Samsung’s YouTube channel, Samsung Newsroom, and … 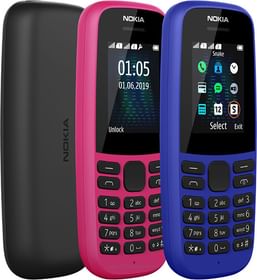