Samsung is all set to launch its next big Note at its biannual Unpacked event on August 9. The teaser page for the phone went live on Flipkart a couple of days back confirming a timely India release and hinting that the handset could retail online exclusively on Flipkart.

Well, a similar teaser page is now live on Amazon India as well. The listing doesn’t reveal much and only puts together all the promotional pre-launch Galaxy Note9 teasers in one place.

Samsung Galaxy Note 9 Features: What we know so far

Let’s round up what we know about Galaxy Note9 so far.

But there is still a lot to look forward to with the Galaxy Note 9. More than one rumor point to a Bluetooth enabled S Pen. The capacitive stylus is what makes the Note series special and it looks like Samsung will be adding all its might behind its Stylus to make the new Note 9 exciting.

Also Check: 16 Cool Things You Can Do With S Pen On Galaxy Note 8

You will allegedly be able to launch apps directly from the S Pen and also use it in a few games.

As official teasers point out, the Note 9 will have a bigger battery (most probably 4000mAh) and will come in higher storage options. Samsung has also re-positioned the fingerprint sensor on the back.

Luckily, we won’t have to wait too long for Samsung to reveal the complete picture. August 9 is the day.

Samsung to host a virtual Galaxy Unpacked event on August 5

Samsung has announced that it will be holding its Galaxy Unpacked event on August 5 at 7:30 IST. For the first time, Samsung will be launching its flagship at a virtual Unpacked event. The teaser shared by Samsung doesn’t reveal much about the event. The cover image of the teaser video has a copper color …

Samsung to start 2023 with a bang: Galaxy F14 tipped to launch in India in January 1st week

2023 is about to kick in and it seems like Samsung is going to start the new year with a bang in India. The tech giant is expected to launch the budget Galaxy F14 smartphone in the country in 1st week of January itself. Not only Samsung, but brands like Redmi and iQOO have also … 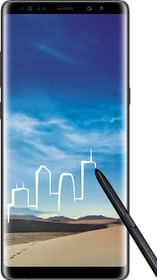