Samsung Developer Conference 2019 event was held at the San Jose Convention Center in California. At the event, the electronics giant revealed a clamshell folding phone design, amongst many other things. The design resembles flip phones of yesteryears. Samsung hasn’t officially christened it yet. However, we have a strong inkling that this could very well be the Galaxy Fold 2.

The first-gen foldable phones were marred by design impediments and market adversities. Samsung, a pioneer in the new design language too struggled to hit the release deadline. Still, upon its launch, the tech gurus have been pretty much cheering for the future of foldables. And as it seems, Samsung is also plunging headlong to the new design territory.

“This brand-new form factor that we’re now exploring will not only easily fit in your pocket, but it also changes the way you use your phone,” says Sally Hyesoon Jeong, VP, and Head of Framework R&D Group, Mobile Communications Business, Samsung Electronics.

This one fits into a more compact form factor in contrast to its predecessor, the Galaxy Fold. Besides the aesthetics, the brand also gave us a glimpse of the software side of things with how One UI 2.0 adapts a Unified User Experience to the new hardware flexes.

Coincidentally, the upcoming Motorola Razr phone is also rumored to clad this clamshell design. And as time unfolds, the technology will mature and more brands might proliferate the new design landscape. Or so we hope!

Samsung is reportedly gearing up to unveil a double-folding phone in the global market. Also, the South Korean consumer electronics company will bring successors to its folding phones — Galaxy Z Fold and Galaxy Z Flip, later this year.  According to a report from Nikkei Asia, Samsung is looking for a mechanism to use two …

Apple iPhone Fold could reach the global market by 2025

The trend of foldable smartphones is skyrocketing these days with continuous launches from brands like Samsung, Vivo, Oppo, and more. Now it seems like Apple is also getting serious about infiltrating the foldable market and making a considerable impact. Latest leaks and rumours suggest that Apple’s foldable iPhone may make its way to the market … 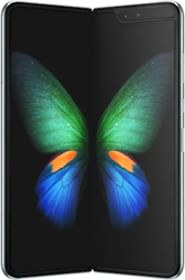