Earlier this year, Reliance announced a new smartphone called JioPhone Next for the Indian Market. JioPhone Next is a 4G budget smartphone for those who want more specs at low prices. Reliance’s Mukesh Ambani announced that the phone would go on sale in September, but then it got delayed due to component shortages.

Now, Reliance has finally given a date for the launch of JioPhone Next and it is launching on November 4, exactly on Diwali Day in India. Although several reports have said that the JioPhone Next would cost Rs. 3499 for the base model, the exact pricing details will be unveiled at the launch day.

JioPhone Next Specs- What we know so far

The smartphone will run a customized version of Android and come with features like automatic-read-aloud of screen text, language translation, Google Assistant, smart camera, augmented reality, etc. It will feature Qualcomm Snapdragon 215 chipset and have 2GB of RAM for the base model. The phone will have up to 32GB of internal storage capacity and pre-loaded apps like Jio TV, Jio Saavn, MyJio, etc.

JioPhone Next will have a 13MP rear and 8MP front camera with thick bezels at the front. It will pack a 5.5-inch HD+ display with a pixel resolution of 720×1440 along with having a 2500mAh battery under the hood. Reliance has also partnered with companies like Google and Qualcomm to make their smartphone even better. To know more about JioPhone Next, click here.

Reliance has confirmed not just the November 4 launch date of its much-awaited JioPhone Next, but also the price details now. The smartphone has been made in partnership with Google, as in, it runs on a custom Android variant called Pragati OS. Also, a few days ahead of its Diwali launch, a Twitter user has …

JioPhone Next launch postponed; Will be here before Diwali

JioPhone Next was scheduled to be launched on September 10, which was much awaited by everyone. But Reliance Jio recently issued a statement that it will take some more time to launch the JioPhone Next and this is due to the shortage of global chip shortage. The company has announced that the smartphone will be …

Reliance might be bringing one more gift for its consumers along with the JioPhone Next on Diwali this year. The latest reports suggest that JioBook, an affordable laptop with premium features is in the works. It is speculated that JioBook might be launched soon as it has been spotted on the BIS website. Interestingly, 3 …

Reliance Jio has partnered with Google to develop a smartphone that will bring 4G to the lives of low-income consumers in India. Reliance’s JioPhone Next was supposed to be launched in September this year but got delayed due to a shortage of components. Now, the phone is expected to launch in November in India. Ahead … 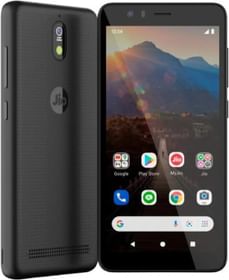 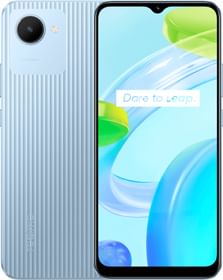