‘When will I get Hotstar premium membership?’ that’s one of the questions in Jio’s official website’s faq section. It seems Jio and Disney+ Hotstar has finally managed to strike a deal as Reliance Jio has started teasing Disney+ Hotstar annual VIP membership with a coming soon banner on its website and app.

How to get Disney+ Hotstar annual VIP subscription For Jio Customer?

Since the banner only says ‘coming soon’ the telco is expected to reveal details in the coming weeks. Whether the Disney+ Hotstar will be a part of Jio Prime membership or it will be available to those who opt for specific recharge plans remains to be seen.

During the JioFiber launch announcement, the company stated that Jio will forge partnerships with various OTT players. The telecom operator already partnered with Disney+ Hotstar for their JioTV app that lets Jio subscribers watch Star Channels on Hotstar for free. With this upcoming annual VIP subscription, the company will be able to offer its customers access to a larger content library.

Jio competitors Vodafone Idea and Airtel have been offering such OTT service integration on selected prepaid and postpaid plans to their customers. Vodafone Idea came out with Vodafone Red plans with a complimentary Netflix subscription. Similarly, Airtel offers year-long Amazon Prime membership to its V-Fiber and postpaid Infinity plan users.

In April 2020, Airtel introduced a new Rs. 401 prepaid plan that offers Disney+ Hotstar VIP annual membership along with 3GB of data for 28 days. If you don’t know, the Disney+ Hotstar annual VIP membership costs Rs 399 on the official website.

Jio customers could have one more reason to rejoice. We will update more details as they surface.

Reliance Jio has been very popular among consumers due to its prepaid plans that bundled the Disney+Hotstar app for free. Due to these plans, Jio users did not have to pay an extra amount to subscribe to Disney+Hotstar as they got it bundled with their mobile plans. Now, there is some disappointing news for prepaid …

After the revision of its data and call plan charges a few days ago, Reliance Jio has now increased the prices of the 5 prepaid recharge plans that come bundled with a 1-year subscription to Disney+Hotstar Mobile. These plans were not mentioned among the plans which faced a tariff hike last week. As a result …

Telecom giant Airtel revised its recharge plans last year and removed OTT benefits from almost all the plans. However, in a recent update, OTT benefits are back in the form of a Disney+Hotstar subscription bundled with 7 prepaid plans. Earlier Airtel was offering the subscription on 4 plans which have not been increased to 7. …

Your updates on all the topics are very interesting and helpful, keep up the great job!! 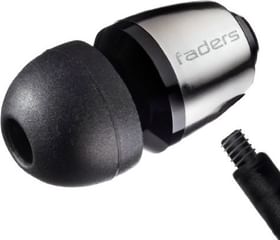