Xiaomi’s sub-brand Redmi has launched a new budget smartphone in the country. After launching Redmi A1 last month, now the brand has come up with Redmi A1+ that promises good specs at the lowest prices. With the introduction of Redmi A1+, Redmi aims to give a tough fight to the likes of Realme C33, Poco C31, and more.

The Redmi A1+ smartphone comes in 2 storage configurations-

The smartphone is available in 3 colorways-black, blue and light green. It is up for grabs via Flipkart, and Xiaomi online and offline stores.

The smartphone has an 8MP camera at the back and a 5MP camera at the front. It packs a 5000mAh battery with 10W charging. Connectivity options include 4G LTE, WiFi, Bluetooth 5, GPS, a 3.5mm headphone jack, and a USB Type-C port. It has a rear fingerprint scanner as well. 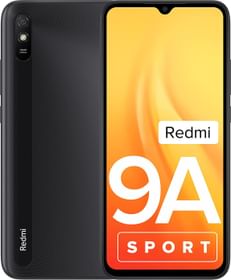